I had to get out, very early this morning, to ensure a very special present got delivered. I left Bev, warm in her bed, and headed off into the dawn.With my task completed, rather than return home and disturb my good lady, I ventured forth into the countryside armed with just my eyes, ears and camera. 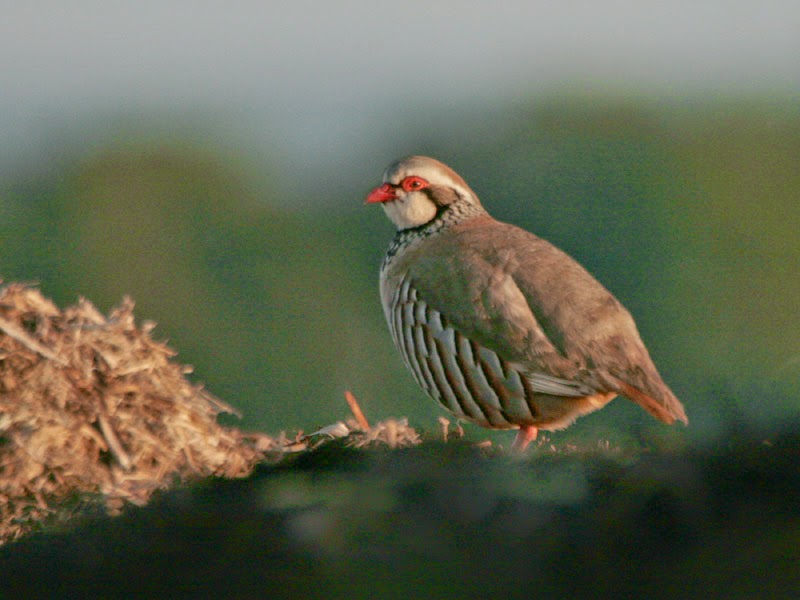 I'd already secured my first images, via the passenger window, when I spotted a Red-legged Partridge atop a manure heap. Off to a good start, it was a year tick! Once out of the car, I wandered through the soggy grass, aware of many singing birds. Blackcaps vied with Chiffchaffs to dominate the sound scape; a Green Woodpecker putting them firmly into second place with a piercing "yaffle". Turtle Doves were calling from several locations and I was able to watch some display flights as males took to the air after a prolonged bout of "purring".

A juvenile Kestrel made a fly-pass, allowing a quick series of shots, but I could hear the calls of Spotted Flycatcher and was readily distracted from this smart little falcon. The flycatcher(s) seemed to be calling from a garden, just along the lane and, as I approached, one appeared on the overhead wires.
Sadly, for me, directly into the sun - so photos were a non-starter. I slowly made my way past the bird, which remained in view until I pointed the camera, when it typically darted back over the garden hedge. I didn't have to wait too long before it, or another, was again perched on the wires. I spent a very enjoyable fifteen, or so, minutes getting some nice images of the birds as they went about their daily routine. Coal Tits and Goldcrests could be heard in the adjacent trees and a Mistle Thrush gave a sharp, scolding, rattle as it flew overhead. 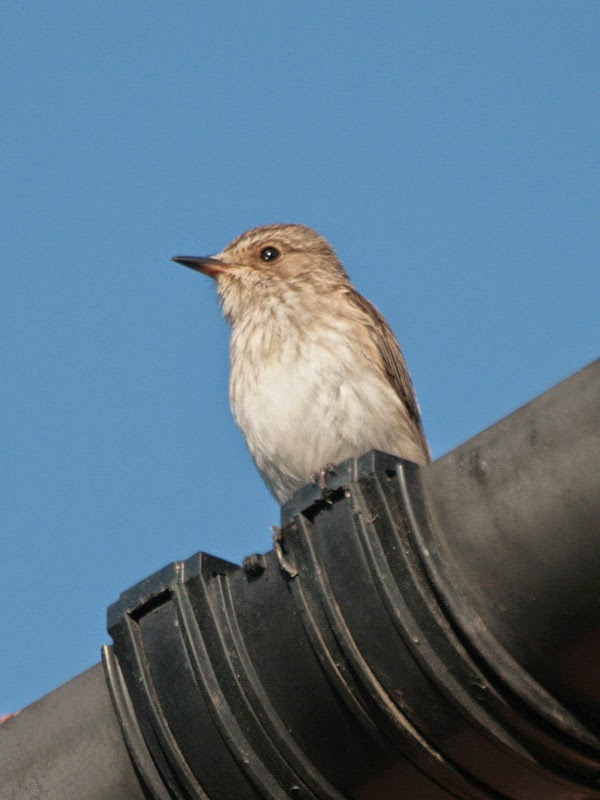 In little over an hour I was back at the car and headed for home. It had been a very pleasant session, out in the early morning sunshine. Nothing particularly noteworthy, but I have to admit that I very much enjoyed the time I spent in the field simply watching, and listening to, birds!
Posted by Dylan Wrathall at 08:28