The "Ramsgate Warbler" - game on!

I had an inkling that something was afoot when I saw that "Birdguides" had a question mark besides a Kent sighting of Hume's Leaf Warbler - Ramsgate! Surely not; the Yellow - browed in Ramsgate Cemetery? Oh yes indeedy!! It would appear that there is a theory that this drab-looking individual is a Hume's.
I must confess, here and now, that I've only ever seen three Hume's (two in Kent) and, as such, my experience is rather limited. What little I can add to the debate being of dubious credentials, therefore. What I am able to recall from my previous sightings is that the call (very infrequently heard) was a distinct disyllabic, yet soft, du -weet. apparently there are a couple of other calls with which I'm not acquainted, however, neither are of a strident, Coal Tit-like "Tsu--weet", quality.
As soon as I'd got home, this afternoon, I checked "Birdguides" to learn that the "Ramsgate Warbler" (as it has now been christened) was still present so, after feeding my birds and sorting out a couple of bits, I headed off to the cemetery to attempt to hear it calling before it went to roost. I managed a Goldcrest, two Firecrest and a Chiffchaff before Phil Bereat appeared and we exchanged views on this latest development.
We are both of the opinion that this bird is "probably" a Yellow-browed Warbler yet are unable to 100% confident. I have done a fair bit of research and have come to the conclusion that a December/January individual is unlikely to be id'd on plumage alone (Advanced Bird ID Guide -and I quote - of Yellow-browed  "When worn, in late winter, greyish with fainter supercillium and wing bars, colour nearly as in fresher adult Hume's at same time of year") (Collin's Bird Guide 2nd Ed - In worn Spring plumage virtually inseparable)
So there you have it! Vocalisations are crucial to the correct id of either species. I didn't hear anything this evening, although Phil did catch a distant call. What do I make of all of this? Unless I have, all of a sudden, developed a hearing impediment; then I cannot understand what all the fuss is about. This individual, whilst I was watching and photographing it, called with the typical, high pitched, "tsu-weet" that has the power to stop you in your tracks. It has a resonance and quality that, once learned, is difficult to forget.
If this bird does turn out to be a Hume's then I'd better have another look at the Yellow-broweds from King George VI Park - they used the same calls! (I got crap photos of them also) 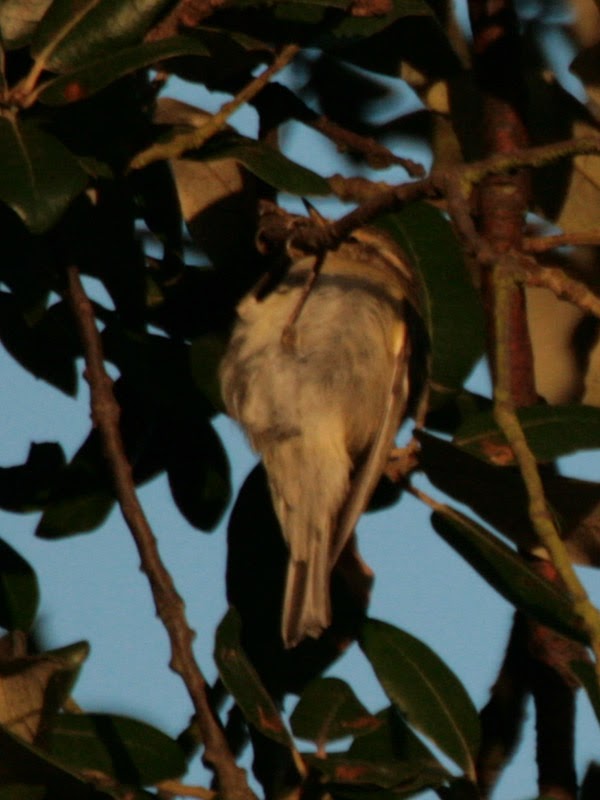 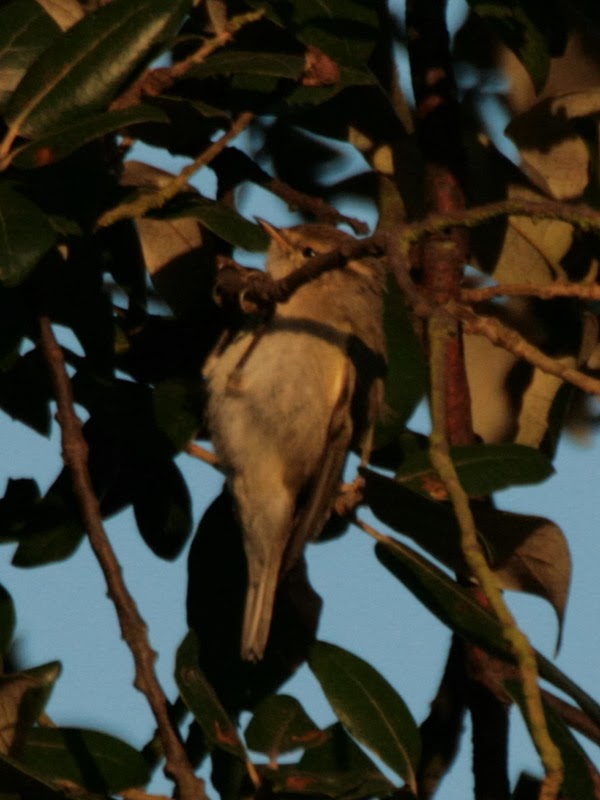 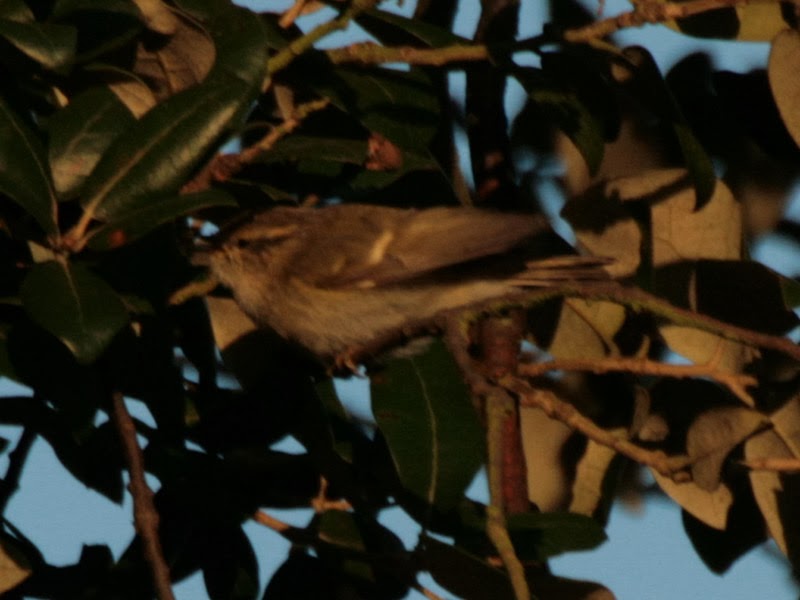 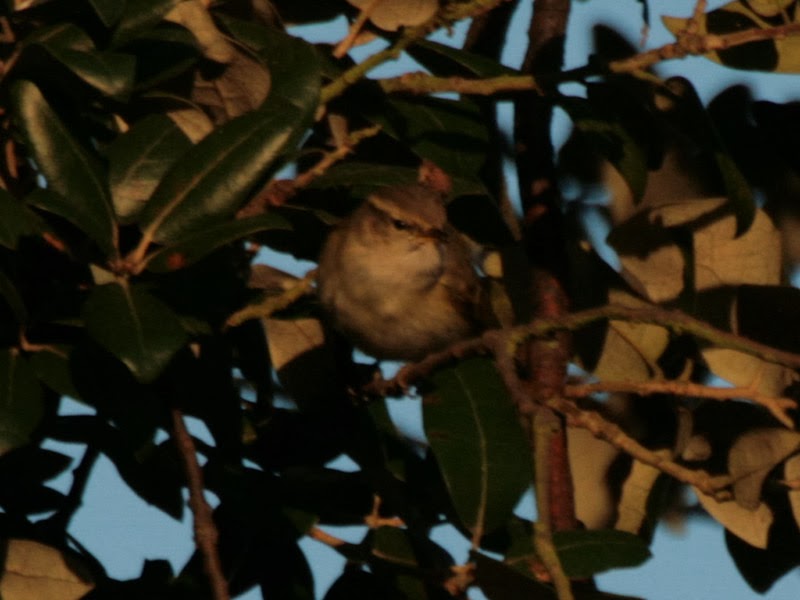 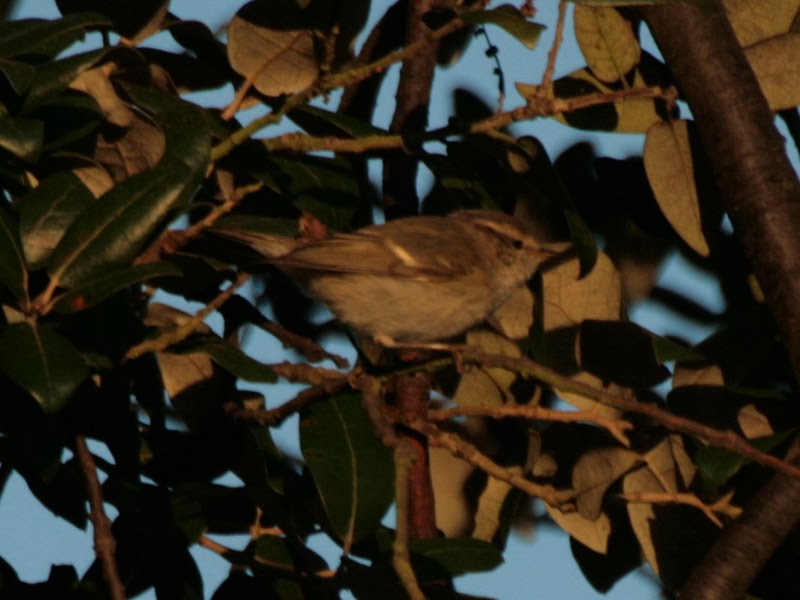 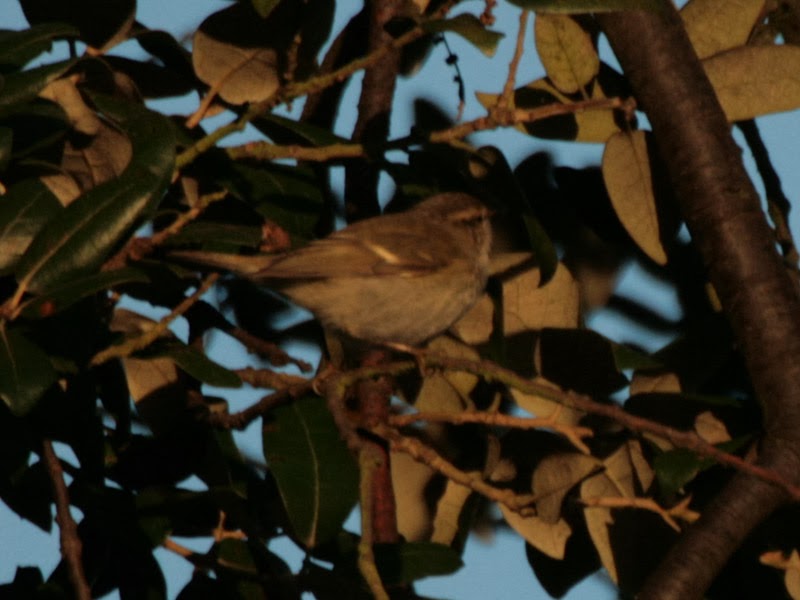 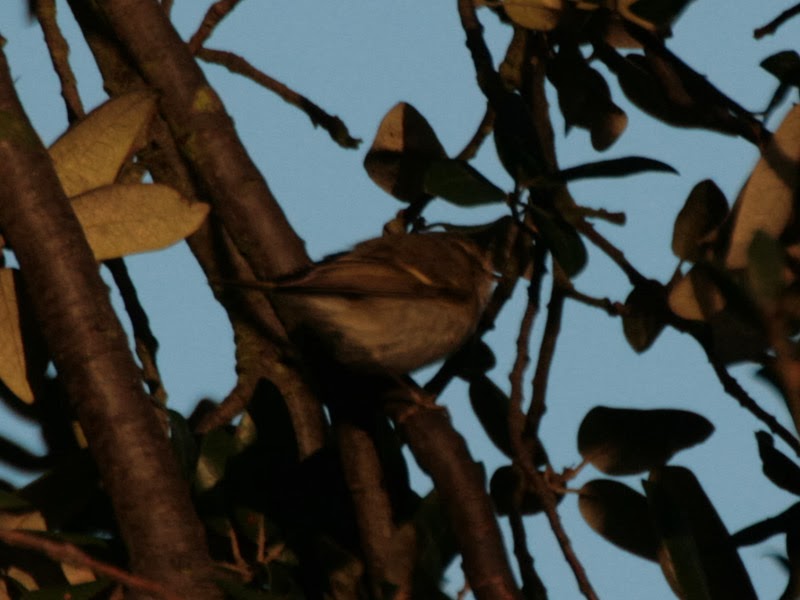 I have included the entire series of images (severely cropped) that I took on 2nd January 2014. Check out the pale legs and obvious pale lower mandible. Don't the tertials look dark-centred? Sorry I don't carry sound recording gear - although I'm sure modern i-phones would be able to get a recording?
It is certainly a very interesting individual, and one that might offer a huge amount of education to us mere mortals. I still can't help feeling that we were so much happier when birding was a simple hobby..
Posted by Dylan Wrathall at 21:10