My struggle to find enthusiasm, to publish(?) blog content, continues. Although the rapidly approaching start of the new river season certainly gives me hope that my "mojo" will return! Benno and I are already hoping to get back down to The (Kentish) Stour to resume a Barbel quest which we last attempted in 2014. Ben now has his own business to run whilst, obviously, I don't have any such distractions thus, hope to be able to reap the rewards of my current situation. I've not set eyes upon the section of river we have in mind but, if it all goes to plan next Tuesday, should get a wander along the stretch prior to that hallo'ed 16th June resumption. One nice bonus, of fishing the river, is the presence of a population of very decent sized Chub. As my PB stands at a very modest 5lbs 2oz, I won't be too worried if a "brassy flanked chevin", or two, distract me from my main target. I've also got the added bonus of free time thus, an ability to react to weather conditions, making the most of opportunities as they arise. 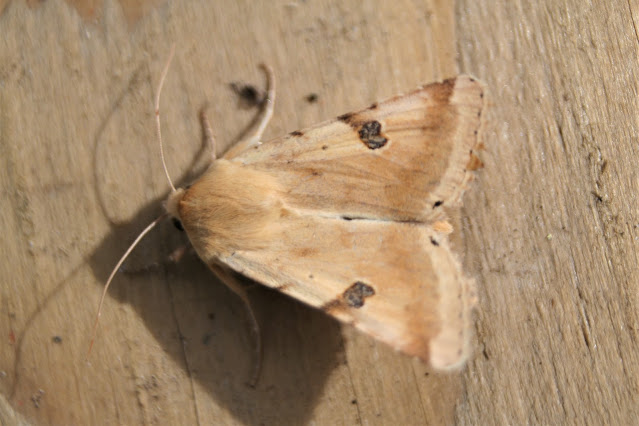 The garden moth trapping continues to fascinate and frustrate, in equal measure, as I now look at miniscule insects which had previously been ignored. With the assistance of books and the internet I manage to id a reasonable percentage of those encountered. Failure and mistakes don't cause me any concern as it is just a way of enjoying our local wildlife, not my job or obsession. One really pleasing spin-off from this night time activity is the ability to show some of these wonderful creatures to my neighbours. The utter amazement registered by someone setting eyes upon a hawk-moth for the very first time is brilliant to be part of. That I've shared such moments with many of the residents along Vine Close is an absolute privilege. Sadly, despite the current influx, Striped Hawk has been conspicuous by its' absence - I've still not taken one! However, the resident species have been very cooperative and provide that certain something which causes adrenaline moments whenever a new egg tray is picked out of the MV trap. 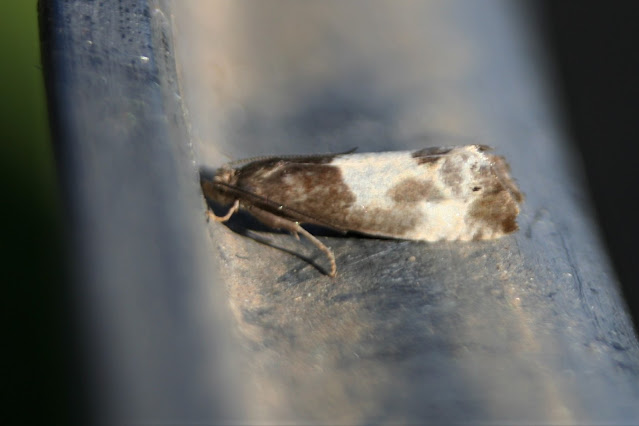 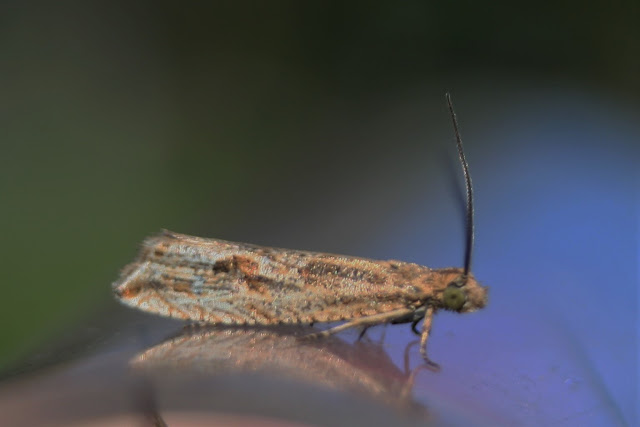 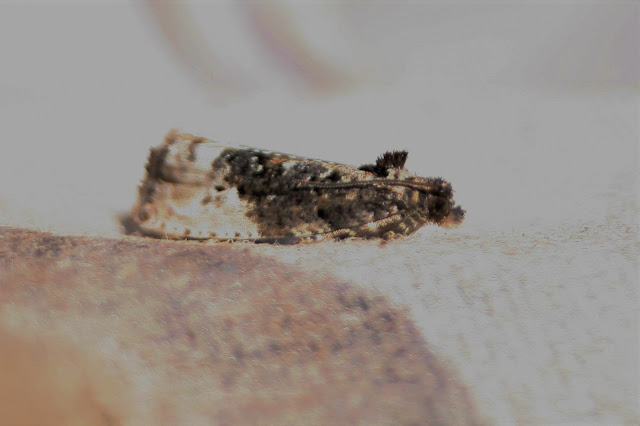 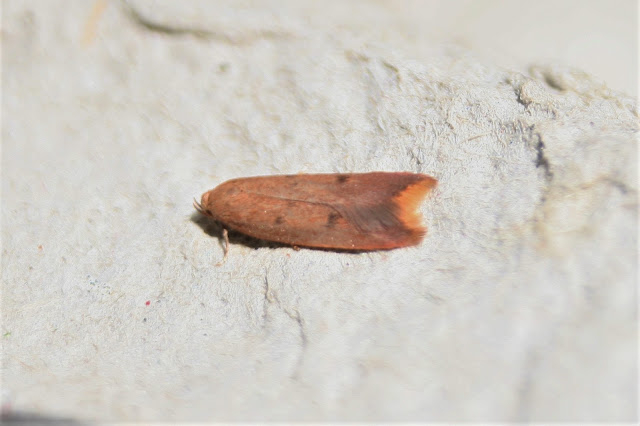 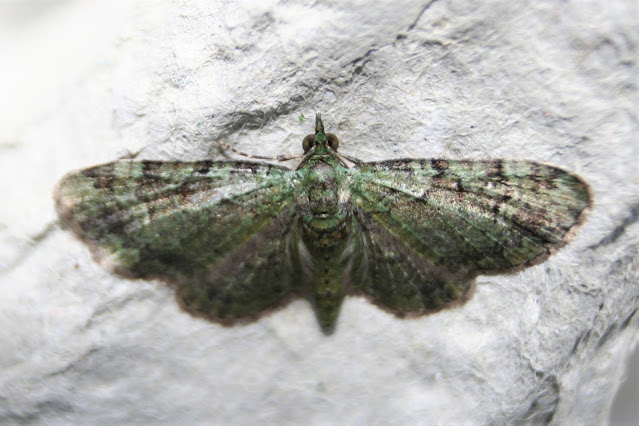 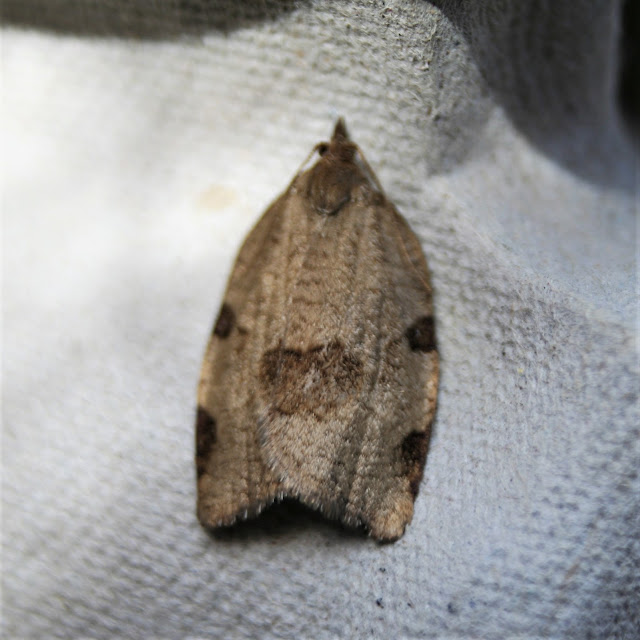 The garden bird feeders have taken on a new role due to the incredibly successful breeding season our local, resident, species have experienced. I've altered what is on offer, somewhat, and removed two of the sunflower heart feeders; replacing them with a fat ball and peanut version. Happily these changes have proven to be a positive decision with constant activity at both new offerings. Starlings, Great & Blue Tits have had good first broods, yet the House Sparrows have taken it to another level. There are regularly in excess of one hundred individuals assembled around the feeders, 70% being juveniles. Parakeets and Magpies have also got youngsters in tow, although I've yet to spot any juvenile Green, Gold or Chaffinches. 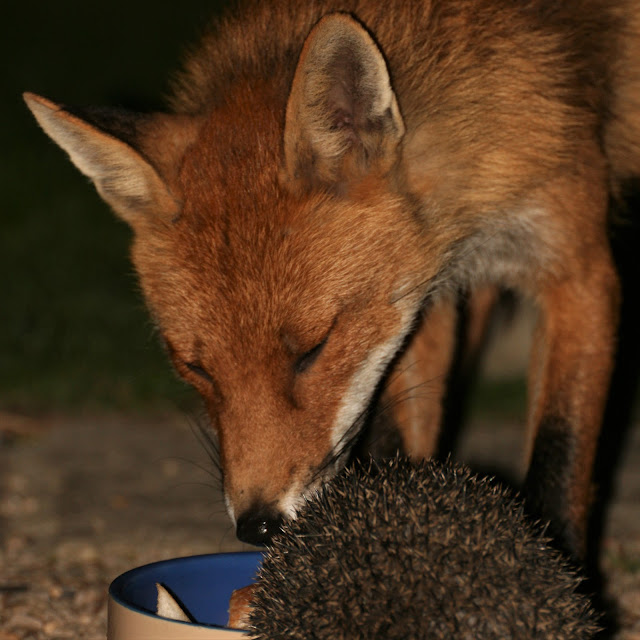 Once it gets dark, although the garden is illuminated by the 125w MV moth trap, out goes the Hedgehog and Fox offerings. I use two different bowls with their contents supposed to be catering for the species intended. Obviously neither the regular Fox or the numerous Hedgehogs have read the script and will eat whatever they encounter first. The most surprising observation has been that of a Hedgehog refusing to yield to the Fox, actually raising it's spines and uttering a vocal protest, as the larger animal approached. A proper individual with attitude so no surprises it visits my garden?