My words can't do justice

There are many skilled wordsmiths who's written accounts have painted pictures, so vivid, that, whilst reading, I feel able to touch them. In some cases it is purely fictional but those accounts, which really hit the spot, are generally by folk involved with the natural world, of which I'm involved. Chris Yates and Len Head have penned many a word which captivated my imagination, such is their ability to convey far more than information within a sentence. Jim Gibbinson, likewise, can write about a fishing experience with such intensity that I feel as if I'm part of the event. Such talent makes me realise why I should have paid more attention whilst at school!

I've now undertaken three sessions on, the C&DAA stretch of, The Stour and have just seven Bream landed for my efforts. I knew it was going to be a struggle, even more so because Benno wouldn't be around. Have I learned anything? Well, only that I'm not good enough - if that's a lesson. Swim choice, bait presentation and rig mechanics; all of these things are important but, if you can't find the Barbel completely irrelevant. Way back in 2013 our campaign, behind Willow Close, was just as testing so I'll happily continue to use stubborn perseverance over limited ability.

Meanwhile, the garden moth trapping is getting silly. I turned the light off at 05.00 hrs, this morning, so was a bit late! As soon as I'd removed the funnel and bulb I could see that there was a crazy number of Elephant Hawk-moths inside the trap. I placed a cover over the perspex dome and put the trap beside my study doorway before returning to bed for another four hours! When I eventually got around to examining the night's catch I was blown away! Eighteen Elephant Hawk-moths along with three Privet Hawk-moths; bloody insane. 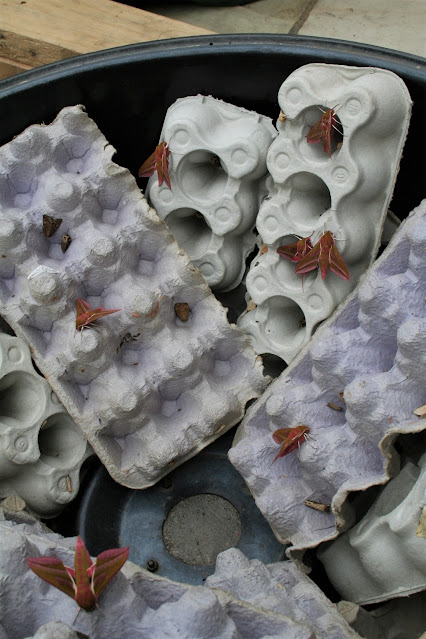 Not too much to get excited about, after the crazy Hawk-moth count, but I did add The Delicate and an Obscure Wainscot to the 2022 garden list along with a Small Yellow Wave. It would seem that I might be struggling to catch a Barbel but can certainly trap a moth! And there, in that very simple sentence, is a summary of the skill-set I possess? Can't catch a fish which I'm targeting but have no problems with moths whilst I'm asleep and the flowers can excerpt their influence - more power to the watering can! 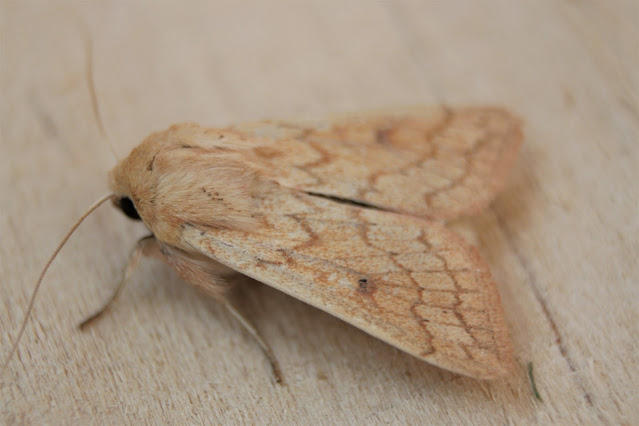 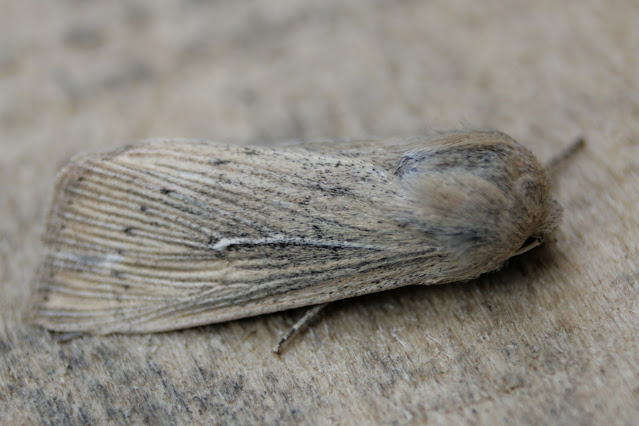 Although I try to downplay the role of garden moth trapping there can be no denying the pleasure I'm deriving from the current situation. I must also say thank-you, at this point, to a number of fellow bloggers who've. unknowingly, assisted with my camera techniques. The use of extension tubes with my basic 18 - 55 mm Canon lens has allowed me to record a few images which, previously, I couldn't have attempted. Many thanks to all out there in cyber land.