Pike fishing - the next chapter

To state the bloody obvious, my blogging has been a little erratic just lately. There is some serious shit going on in the real world; nothing to do with "Covid", Brexit, fuel shortages or the insane behaviour of our political leadership. One of our family members has health issues which have no requirement to be made public on this platform. I will just say that our hopes, of a positive outcome, are firmly aligned to the treatment delivered by the dedicated, and highly skilled, medical team who are dealing with the situation.

It's October tomorrow, thus, the start of the new pike fishing season. I can't recall when I was last so excited about this date. What with retirement, and all that it entails, I am hoping to pick up where the "post Christmas" lockdown put pay to my RMC campaign in January. I'm not setting any targets, nor wishing for anything more than to enjoy the journey. The new freedoms allowed by my situation will ensure I'm able to maximise the pottential offered by weather conditions and the changing seasons? 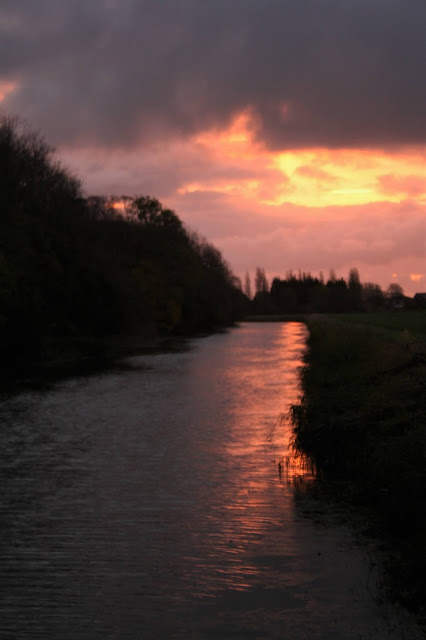 I've decided to concentrate my efforts on the banks of the Royal Military Canal because of a desire to push the boundaries of my angling experience. When I became aware of Jim Gibbinson's "Pike thrive on neglect" theory, in the mid-1980's, my own thought processes were guided by this statement. The one glaring oversight, thus failing, in Jim's hypothesis was the obvious omission of "Pike also thrive in modern commercial put & take trout fisheries" However, I digress somewhat, as the truly wild pike, that I seek will definitely be resident in some quiet, overlooked, venue where the willingness to walk that extra mile will make their capture even more rewarding.

I don't think I could be any better prepared? I have a nice array of bait, in my freezer, from which to choose. Fish oils and "Predator Plus" are now standard fare, wherever I seek my pike fix, but various buoyancy aids and dyes are still something which helps set my baits apart from those of others. My bite indication technology has stood the test of time. Very little has changed since the "circuit" years of the 1980/90's, although build quality and reliability, of said alarms, is now very much better than was obtainable during those crazy times. I fully understand how the use of a float is optimal to the sensitivity of bite registration but, due to my attention span being less than that of the average goldfish, I remain a disciple of the audible alternative. Staring at a float is a non-starter, a Kingfisher could fly past or a Buzzard spiral up over the surrounding countryside, far too many distractions for such folly.

My biggest problem, where bite indication is concerned, revolves around the merit of "back-biter" over front-runner & monkey, on a needle. Both systems have provided me with bite indication resulting in many magnificent pike gracing my landing net yet, if I am totally honest, the monkey on a needle is far more sensitive in the intimate situations I now favour. Will tomorrow see me off to a flier? Only by going there will I ever find out - here's hoping!