Time seems to be passing ever quicker as the years pass me by. How has a week elapsed since the last post? Bev and I are in the final stages of getting the bedroom ready for the decorator to do his thing, before the carpet fitter adds the final touch. Fishing has been rather low key and, if I'm honest, my heart isn't in it at present. My thoughts are focused on the coming of the first frosts and the challenges I've set myself centred around the inhabitants of murky depths of The Royal Military Canal. Locally, Newlands has provided a couple of highlights in the form of a Wheatear, on Monday, then a fly over Tree Pipit on Tuesday morning. These were, however, eclipsed by a Golden Plover, over the garden, later that same day thus another addition to the BWKm0 list for 2021.

Buzzards now feature regularly as the Autumn starts to establish its routine. The one real benefit of having large numbers of immature Herring Gulls around is their massive over reaction to any passing birds of prey. The adults are quite at ease, remaining on the roof-tops, uttering an odd cry of discontent, the youngsters go into meltdown and spiral into the air in a raucous frenzy. I've not seen too many, as yet, but it's not unusual to log five or six whilst stood out in the garden. Surely it won't be long before something a little different turns up? 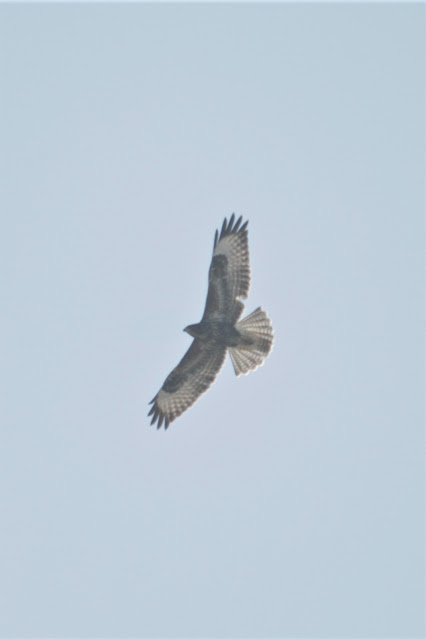 Yesterday Bev and I took a drive down to the RMC and had a stroll along the Aldergate section. There were two combine harvesters doing their thing out on the marsh, to the south, and at least six Common Buzzards were in attendance, swooping down to pick up odd morsels thrown out of this agricultural machinery. The canal looked stunning and I quickly made plans for a return this morning. Sadly my enthusiasm went unrewarded but, I still enjoyed a fantastic session on the bank of this superb fishery.

I spent the majority of my time either scanning the surroundings through my binoculars or pratting around with the long lens attempting to get some dragonfly flight shots. Migrant Hawkers and Common Darters made up 99% of the sightings, as expected at this time of year. However I did manage to get some poor record shots of a Small Red-eyed Damselfly which is the first I've seen at the site although, as I said to Ian Roberts, pike season isn't the most productive time to record odonata species. 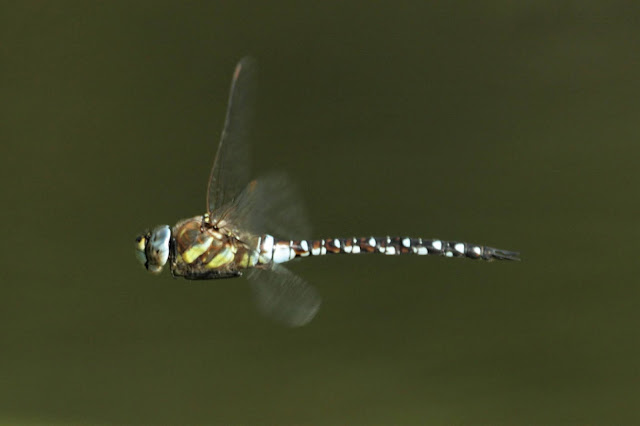 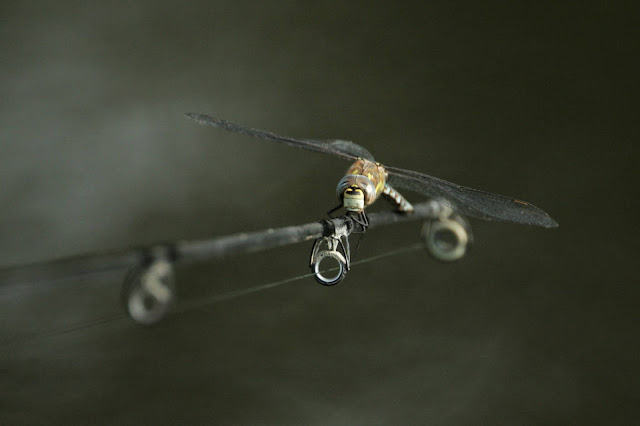 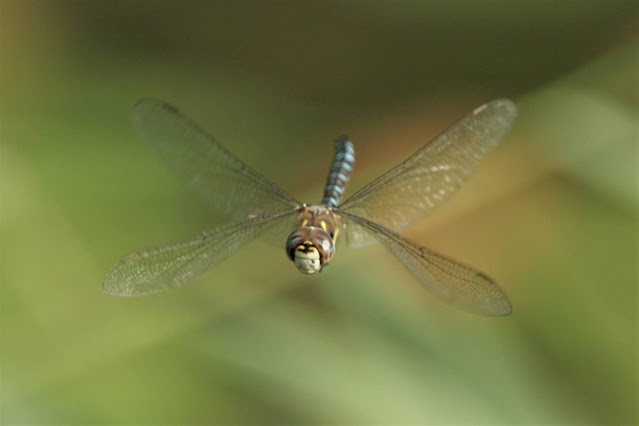 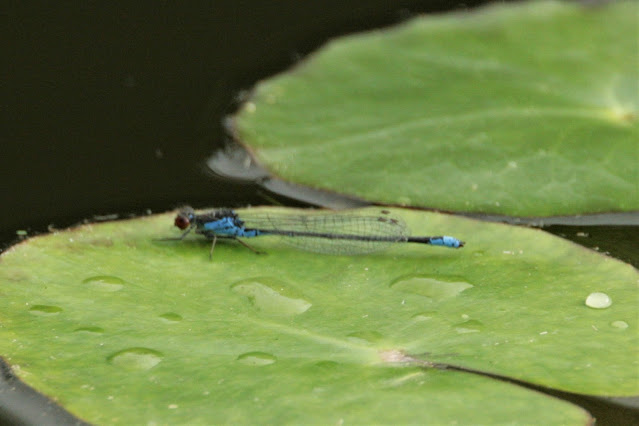 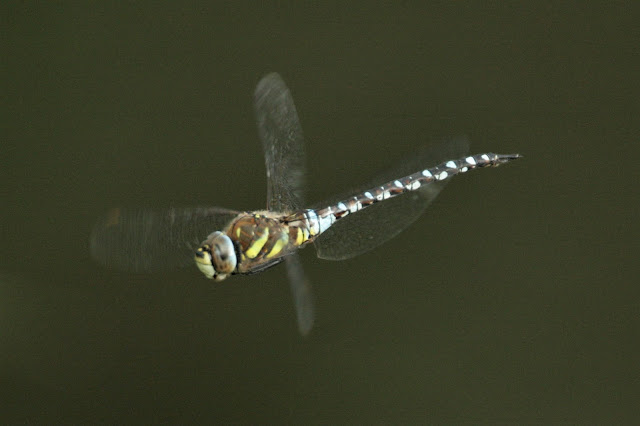 I packed up, fishless, at 10.30 hrs and pushed my kit back along the tow path only to flush a Grasshopper Warbler. Fortunately it flew across the canal and perched up nicely in the bankside vegetation, remaining in view long enough for me to confirm id through my binos, before it dropped into the thick cover and was lost from sight. Yeah, there's an awful lot more to fishing than catching fish!