Two, consecutive, seventy hour weeks of graft plus the nonsense of my melt-down moment, combined to ensure that I won't be starting work until 14.00 hrs, each day up until Friday, when my shift starts and hour earlier. With the mornings now free, time spent out in the garden is just the ticket, given my current state of mind. I've lost nearly half a stone and not slept properly since the fall-out of last Thursday. Bloody insanity, given that all I do is make/pack ink for a living and genuinely didn't think I was that affected by the situation. Obviously mistaken; this mental health aspect has taken me, very much, by surprise.

I wrote that intro on Monday and things, at work, have calmed down enough for me to start to spot opportunities for a positive outcome from the stupidity of the original situation. I've instigated a formal grievance meeting with HR and that has been scheduled for next Monday when, hopefully, I'll be able to draw a line under the whole sordid affair. So, with that out of the way, what's been going on out in the garden? Well I could easily sum it up with Greenfinches!!!! but wouldn't be painting the bigger picture. There are now two pairs of these wonderful birds visiting the feeders and to put the cherry on the cake, I witnessed a flock of thirteen (BLOODY HELL) flying south along Vine Close on Monday morning.

Black-headed and Common Gulls have been moving through Newlands Farm airspace in dribs and drabs. No numbers, as yet, but the precursor to a much more obvious passage as March gets underway. My BWKm0 listing has been rather static since the Woodcock caper but, having spotted a pair of Lesser Black-backs back on territory at Pyson's Rd Industrial Est. last Tuesday, I knew it was just a matter of time before I recorded one from the garden. Yesterday I did just that.

Spring is in the offing, that's for sure, and it's been nice just to spend time outside, early morning being serenaded by Robin, Dunnock, Wren, Blackbird, Song & Mistle Thrushes. Local magpies are already engaged in nest building and Skylarks are chasing around high above the Newlands stubble areas. This morning I watched the first two, migrant, Common Buzzards of the year spiralling over the farm. The first Chiffchaff and Wheatear won't be long in appearing then the flood gates will open. Although I don't want to wish my life away, I'm rather excited by the prospect of more lockdown garden bird watching. 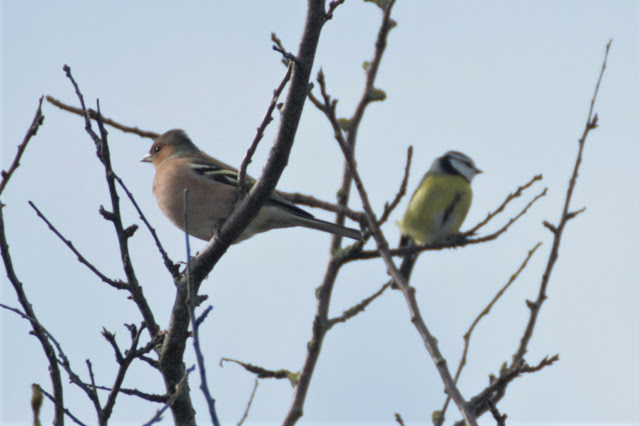 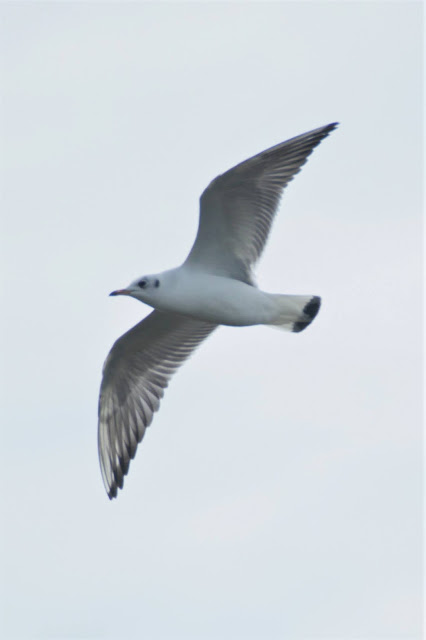