An afternoon walk was just the ticket, after a busy morning. Breakfast in The Norman Wisdom, in Deal, was, in reality, brunch and we'd returned home, chores done, at 13.00 hrs fully replete. Bev had no further desire to leave the settee, with the t/v on, and spend an afternoon chilling. I was keen to get back out in search of more year ticks, a Wheatear would be nice! I'd planned to visit the Foreness area, but ended up walking the cliff-top path between Pegwell village and Cliffs End before dropping down onto the beach beside the old hoverpad. Absolutely no Wheatear action, although it wasn't surprising as SBBOT only recorded their first, of 2018, this morning. Didn't prevent the stroll being very worthwhile. Being Easter Sunday, it was hardly surprising that folk were out in numbers, making the most of the post-lunch period. Conditions were rather subdued, although the sun did make a brief appearance whilst I was down on the beach, thus images are of very varied quality as light levels rose and fell with the constantly changing cloud cover. My camera skills are of no merit. It isn't a problem, the modern camera/computer combination can produce usable images, no matter how poor the original. A pleasing image is a "nice to" but not "must" have result of my birding encounters. Just as well, because I rattled off a load of shots on my wandering and my subjects were less than co-operative to my cause and the computer editing facility has allowed me to produce theses images. 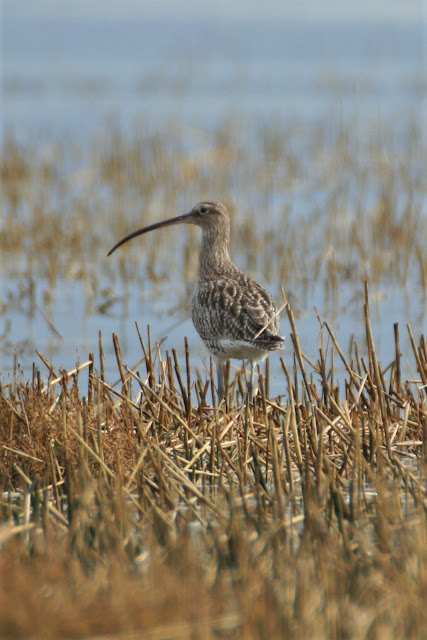 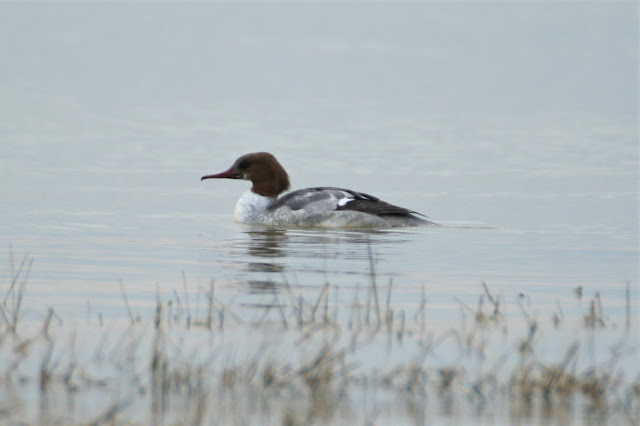 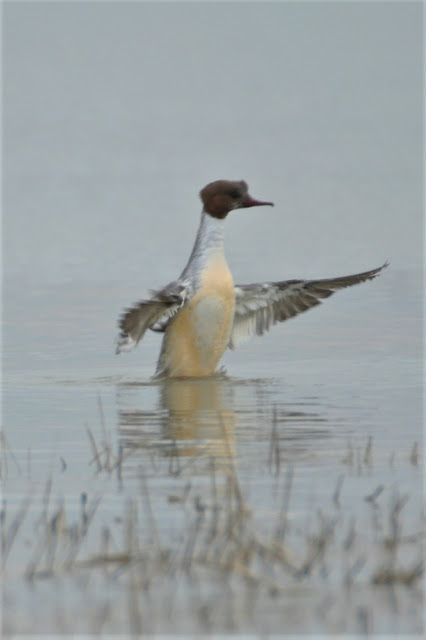 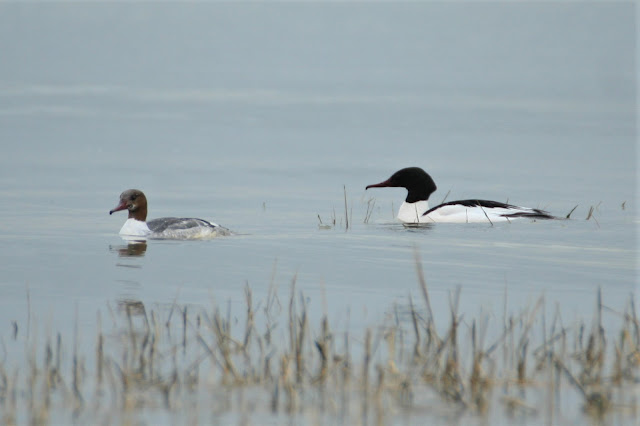 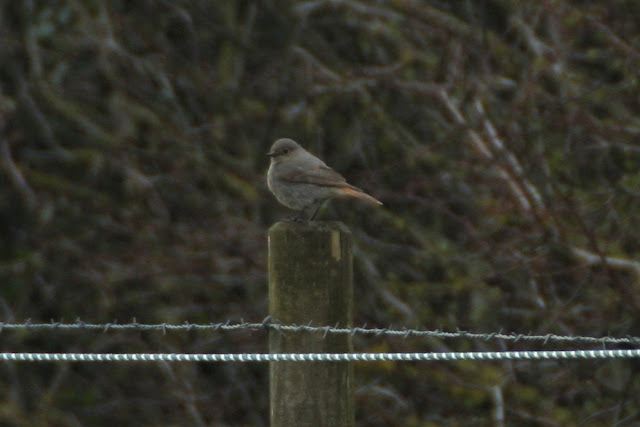 What did I record? A couple of Chiffchaff, a pair of Goosander in Pegwell Bay were a surprise, plenty of Linnets and Goldfinch along the clifftop hedgerows, even a Greenfinch perched up on a fenceline. I'd scanned the horse paddocks on my outward journey, for no reward, the return allowed me to catch up with a Black Redstart on the fence posts around the fields. Had I overlooked it or was it newly arrived?  No big deal - just a very enjoyable afternoon walk with some nice birds seen; the year list untroubled by my effort.
Posted by Dylan Wrathall at 17:41