I have spent four hours wandering around in the Stour Valley and, particularly, the ridiculously over priced and over hyped, Wingham Coarse Fishery - a syndicate for people with more money than sense? Everyone away from angling knows these waters as Seaton Gravel Pits, situated just outside the village of Whickambreaux, thus nowhere near Wingham, in the valley of the Little Stour.
Plenty of bivvy dwelling hopefuls surrounding the main lake and a couple of hardcore carpers on the carp lake, funnily enough. 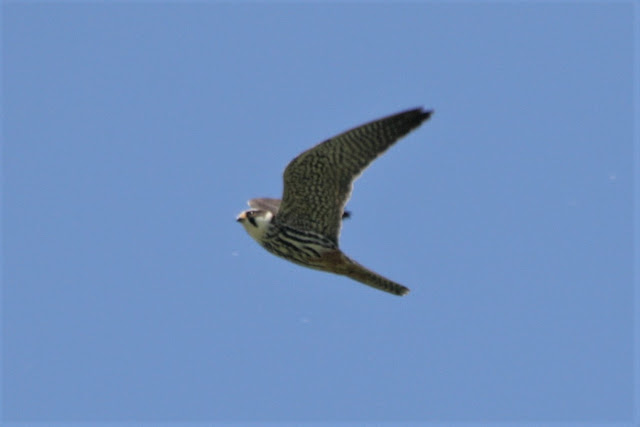 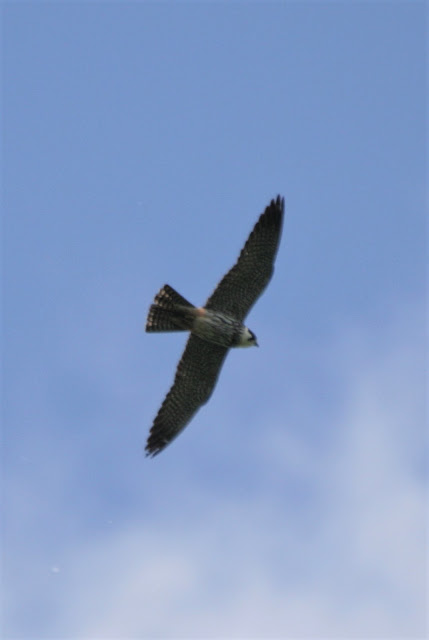 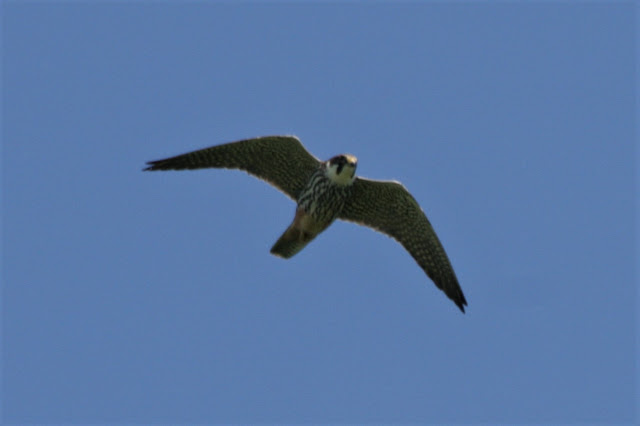 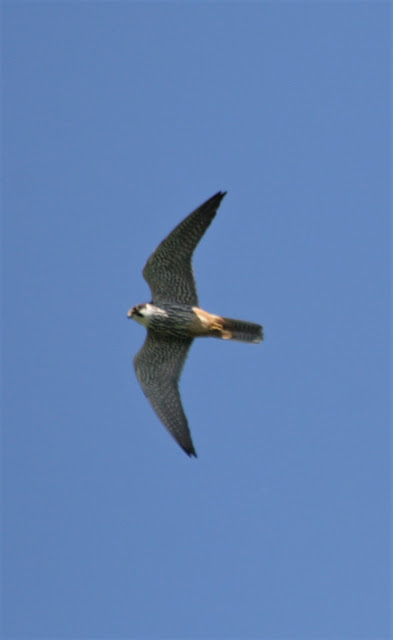 I was down there on the look out for year ticks and wasn't to be disappointed. There were a dozen, or so, Hobbies hawking over the North Lake, out of bounds to the anglers, and two Nightingales were belting out their magnificent song from lakeside thickets. I was really enjoying the simple activity of birding. Common Buzzards are now a gimme in East Kent, doesn't stop them being great fun when viewed through my optics. I did a massive circuit, starting at Hearts Delight, via Seaton GP's, on to Preston Marshes, Preston Church - looking for Spotted Flycatcher; nothing doing and then back to my car. Corn Bunting made it onto the list and I enjoyed some time with a pair of Yellow Wagtails as they bathed in a puddle.

As I was already in the area, I took the opportunity to have a quick walk around Grove Ferry. Sand Martins were numerous and also a year tick, so a result of sorts. A couple of male Cuckoos were calling from around the reed beds and I witnessed a spectacular food pass by a pair of Marsh Harriers. The brisk westerly breeze kept many of the small reed bed species out of sight. Odd Reed Warblers flicked across the paths and Cetti's belted out their raucous song from hidden perches within the hawthorn and willow scrub. The only Turtle Dove, I came across, was purring away in the paddock, right beside the Grove Ferry entrance track. Great fun and rather rewarding with five new species added to my pathetic year list.
Posted by Dylan Wrathall at 17:47