What it's all about

Benno and I had a session at our club fishery, this afternoon. We landed five carp between us which, if we'd added them together, wouldn't have made twenty pounds. Proper "scamping" and we've agreed that our time could be better spent in search of far bigger fish (unless we have Bryn in tow!)
There was a raw NE wind, although it felt warm in the sheltered sun spots around the fishery, so warm in fact that I saw two butterflies. One was a Small Tortoiseshell, the other being far less expected - my first ever March record of a Speckled Wood! 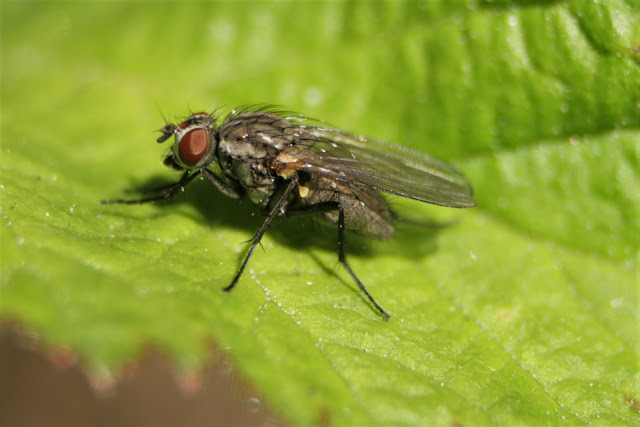 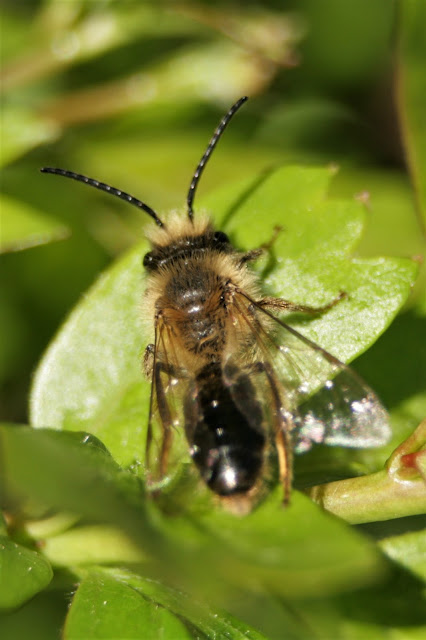 Loads of other insects on the wing and I spent much of my time playing around with the macro kit whilst awaiting the attentions of the fish. Several pairs of Greylag Geese are prospecting the islands for potential nest sites and were engaged in noisy territorial disputes and display/pair bonding flights.
Chiffchaffs competed with Yellowhammer, Chaffinch, Mistle Thrush and Cetti's Warbler to make their presence known and I spent quite a while watching a pair of Long-tailed Tits gathering nest material from the adjacent scrub 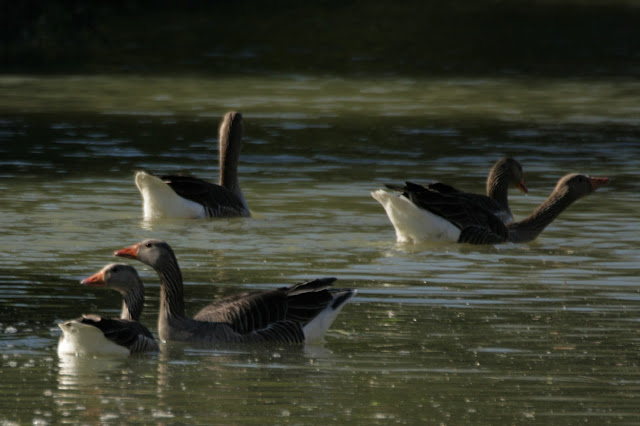 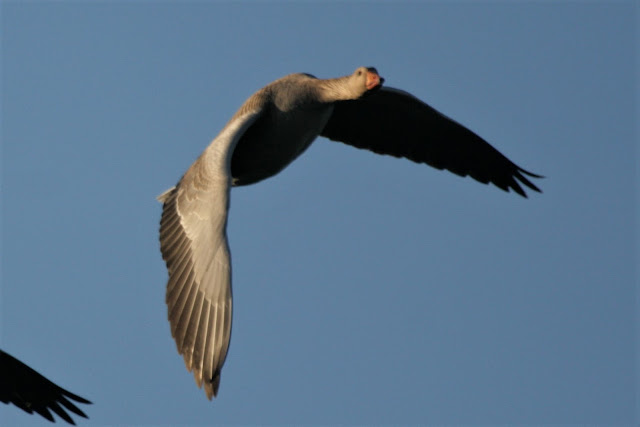