Out of the bungalow, just after 06.00 hrs, two baits cast out into the drain little over an hour later. It was great to be back fishing and I was just happy to be at the waterside again although, as ever, a fish would be nice!
I went through the routine of leap frogging the rods along the bank; I'd probably covered 600 m before, at 10.00 hrs, my bite alarm registered a confident take on a bluey tail section. Picking up the landing net, I was on the rod very quickly and enjoyed a brief, but spirited, battle with a small jack - 5 lbs at best! I had planned to use my two split canes, but on getting home after work yesterday evening, I couldn't be bothered to set them up. Two Duncan Kay's, fitted with Matt Hayes' centre-pins were already kitted out, so that was what I was using. I recast both rods, baiting with Sardines (dyed yellow) and had made the decision that these would be my final casts of the session. At 10 . 30 hrs Bev called me. She asked how I was getting on and what time was I planning to get home? I replied that I was hoping to pack up around eleven, home by noon. I'd caught my fish, the first of 2017, and was happy to leave it there. Twenty minutes later; I was already thinking of packing up when my left hand rod, sardine section, was away. A very slow and confident run which resulted in a my first double of 2017 - all 10 lbs 2 oz of her. I was made up and going through the routine of getting my weigh sling sorted and resting the fish in my landing net when my other rod had a take. This time it was a right tear up, bloody hell! No landing net - there was nothing else for it than to walk the fish along the bank and land it in the net with the other fish in it. Luckily it worked a treat and my second double of the session (year) joined its' mate in the folds of my landing net. It was absolute chaos as I went about getting the second fish unhooked and setting up the camera gear for a few selfies. 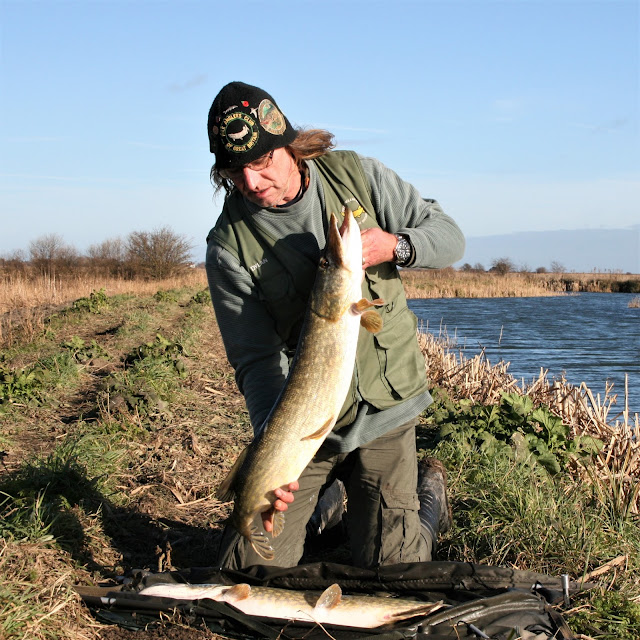 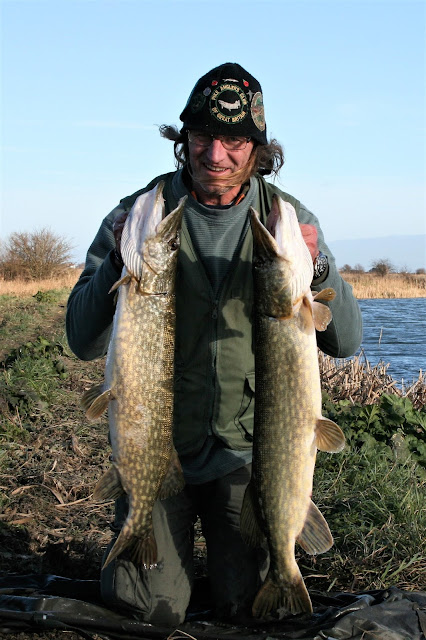 It all turned out OK in the end, that second fish weighing in at 11 lbs 12 oz, so a nice brace to start the new year. Surprisingly, I didn't add anything to my year list. I was sure that Merlin or Stonechat would make an appearance whilst I was out on the marsh. Stunning views of a male Marsh Harrier, as it drifted over the adjacent marsh, plus Common Buzzard, Little Egret, 58 Cormorants in a spectacular "V" formation heading out to sea, at first light, and an adult Fox ensured I had something to keep me occupied whilst awaiting a bite. I love it out there.
Posted by Dylan Wrathall at 16:02