As fun evolves(and a stupendous twist)

My previous post was a direct response to a superb piece by Steve Gale on his North Downs & Beyond blog click here That I am inspired by someone I've never met, yet think of as a mate, is a positive aspect of these cyber times. I am sat here, in my study, watching gulls passing, en route to their Ramsgate Harbour/Pegwell Bay roost sites, hurried along by a very raw NW gale. Temperatures are hovering just above freezing, yet that wind chill is a killer. From the comfort of my desk, it is very pleasant to watch these birds going about their daily routine, yet I'm bloody sure it wouldn't be as enjoyable if I were on the harbour wall? My ability to use cyber space to share my adventures, and opinions, with an unknown audience is also something from which I derive immense pleasure. That Sue Llewellyn, my "O" Level English teacher, has no idea of how grateful I am for the flagrant enthusiasm she exuded, during my school years, is a little sad. I would love to be able to repay her faith by demonstrating just how important I consider the art of the written word is to me in 2017.
The light is fading fast now. Wood Pigeons and corvids are piling into Ramsgate Cemetery to roost in the many mature trees that are contained within the walls. The skies are leaden, the wind remains "brisk" - with the odd flurry of snow; it's not going out weather, that's for sure! Or, more's the point, I am no longer enthused to endure such hardships, in the name of enjoyment and that's slightly different? During my first period of obsessional big fish chasing, I am sure that such a day would have been seen as a challenge, in itself. Facing up to the elements whilst pursuing chub or pike would have been confirmation of my commitment and a demonstration, to my peers, as to just how seriously I took myself as a speccy hunter. Latterly, I suppose that my birding credentials would have been enhanced by the fact that I'd spent time sea-watching or surveying the Stodmarsh reed beds whilst awaiting the evening harrier roost, under these very same conditions. One thing is certain, if I wasn't enjoying myself, I wouldn't have been there! 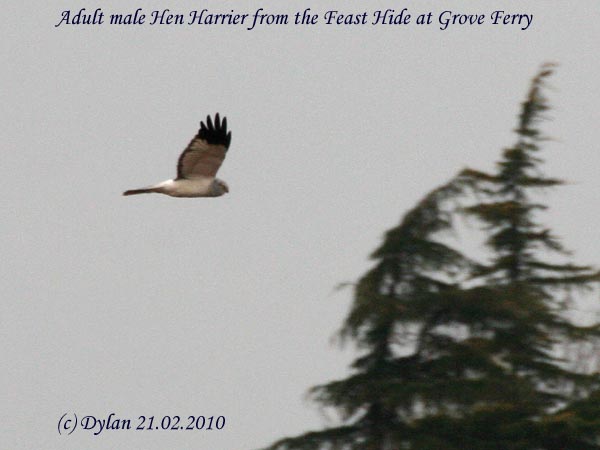 All of this just reinforces the role that the aging process has upon an individual and their perception of what is important. From that angle, I am far from unique? I have mellowed, considerably, since my crazy youth and now experience enjoyment as a different emotion or, at least, a different concept? Long gone are the days when self aggrandizement was the key driver. "when will I be famous?" During my early angling, I was, briefly - although infamous might be a better description, given the antics we got up to and the publicity we received - David Hall (RIP) had more than his monies worth out of us! "Snide Rumours & Dirty Lies" was a feature in Coarse Fishing magazine - I'd be mentioned in it more often than not, during the mid - 80's. I have to admit that we played to the crowds and deserved most of the flak we received - not too many would play drinking games with us, nor fancy a pop at Cuddles or The Michalik's - The Savay Looney Rota were just kids, playing at it, couldn't cope with Tennant's Extra! Havoc, anarchy and fun are my lasting memories of this period and yet I cringe at some of the situations I got myself into; looking back. However, as anglers we couldn't have been that bad, we caught loads of big fish and that's probably what caused most of the friction. How could such a bunch of clowns (drunks) be so successful?

Work was key! - we worked hard and tirelessly, in order to pursue our targets. No getting away from the fact that we'd be pissed for the majority of our waking hours - we still managed to remain focused on our goals and regularly landed fish which were the envy of others. We went fishing for FUN - I have no other way to express my feelings about that period of my life.
Of course this is no recommended template for anyone to follow. I would certainly have words of caution with Benno should he ever seek to chase his dreams with the irresponsibility I'd demonstrated during his early childhood. Obviously he would be perfectly within his right to challenge any advice offered - every individual needs to be free to follow their dreams in whatever manner they see fit; no matter what I, or others, think about the situation.
I've been incredibly fortunate to have been mentored by so many talented individuals, over the years, be they anglers, birders or moth-ers (the late Tony Harman was an inspirational & world class tutor)
I have to state that this is where luck has played a major part in my passage through life. To have been born, when I was, is a happy accident. I had the freedom to wander the countryside with catapult, air-gun, fishing rod; on foot or on a bicycle, it was a given. My angling has seen me come into contact with some of the most successful specimen hunters of the period and the advice I've been given has allowed me to hone my skills under their expert guidance. Similarly my birding, in Kent, has provided some of the most exciting adventures I've experienced. To have been able to exchange opinions and information with many of the counties "top birders" ensured that my own efforts were superbly rewarding in whatever guise, be it twitching, field birding or patch watching!

And so to where I'm at today. That I can now go fishing in the company of my son and grand-son is about as pleasurable as it can get. To watch Benno taking responsibility and assisting Bryn to get the maximum enjoyment from time on the bank is a great source of personal pride. My son has grown into a decent young man and is now using skills learnt from me, and that merry gang of mis-fits, to consistently catch decent fish for himself as well as his nephew. This situation is now a source of great enjoyment, as opposed to fun, as it is no longer about me and my successes - although I have no intention of quitting the adrenaline trips provided by a hooked "big fish". Being part of a "bigger picture" is something usually associated with work situations, but I am now happy to play a bit part role. For sure, I will continue to seek pleasure from any success I experience, yet it no longer dominates my priorities. I will gain as much satisfaction from the achievements of my son, and grand-son, as my own captures as the years pass - I'm getting old and mellow - a period of melancholy thoughtfulness? 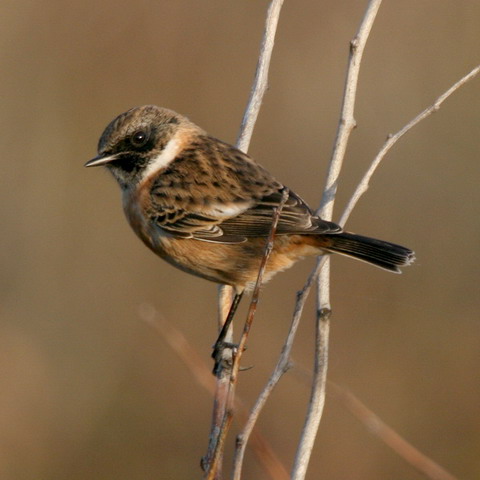 But what of today? The news that a test tube exercise has failed to deliver a correct result. Total vindication of the birders (not twitchers) of the Dungeness Stejneger's Stonechat debacle. Dave Walker had expressed his serious doubts from the offset, I'm sure that Ray Turley is looking down with a wry smile. None of the original observers had ever made a claim beyond an aberrant Stonechat. Quite what Dr Collinson was hoping to achieve - beyond that of being a complete cu*t, is up for discussion. Compensation for the huge amounts of money spent in pursuit of this hoax? It's very much a blame culture we now live in - I wouldn't be too surprised if a legal claim doesn't arise against the news providers as well as the original laboratory worker who fucked it up! Birdguides dropped the "putative" as soon as Collinson made his proclamation - we're in uncharted territory here?

The birding communities obsession with rarity is where my whole blogging started. I'd found a Fan-tailed Warbler along the banks of The Stour, just outside Sandwich. I said nothing. Subsequently it relocated to Pegwell Bay and the shit hit the fan. Utter chaos as "twitchers" sought to tick their boxes!
The bird hung around, unbeknownst to many, for the entire winter and was displaying over the Sampher (within the SBBOT recording area) during the following April (Phil and Francis reporting it, at Pegwell, on one date?). I then expressed my doubts about a Hume's Warbler, in Ramsgate Cemetery, January 2013 - I got ruined by self-righteous twitchers - one of whom couldn't tell a cormorant from a shag! Again, unkown to the vast majority, this bird remained in the vicinity (less than 800 m from my bungalow) for the next three months. It proved to be, as I had felt, a male Yellow - browed Warbler, unless they share the same songs and calls with their close cousins? If this is true, the text books and sound recordings need amending! (Or perhaps I should have shot it?)