It has been the most prolonged period of freezing weather that has been experienced here, on Thanet, for five, or six, years. The local drains have a solid surface, as does the Royal Military Canal, away to the south (although there was a match at Twiss Road today) - Bev and I have spent quite a while around the Hythe area, this afternoon, and the majority of sections appeared un-fishable. I had already made plans to spend the morning walking along the coastal path to Ramsgate Harbour and the Port beyond. There are a number of gaps on my year list which could easily be filled if I could be bothered to make the effort.
The car display registered -3C as I drove the short distance to Winterstoke. Thankfully there was little wind and the physical exertion of walking was enough to keep me warm; plus the fact that I was kitted out in my finest cold weather fishing kit. It was rather enjoyable walking this very familiar route. Birds, however, were conspicuous by their absence.  A few pairs of Fulmar have already taken up territory in the chalk cliffs above the Main Beach car park and I spent a while just watching them flying around these nesting ledges, high above my position.


On reaching the harbour, I got my first list addition in the shape of a Turnstone, quickly followed by a Sanderling - happy days. A Rock Pipit was next, then it was the turn of a winter plumage Guillemot to provide the entertainment. I walked out along the Western Arm in order to grab a series of images of this irregular harbour visitor - it was very cooperative. 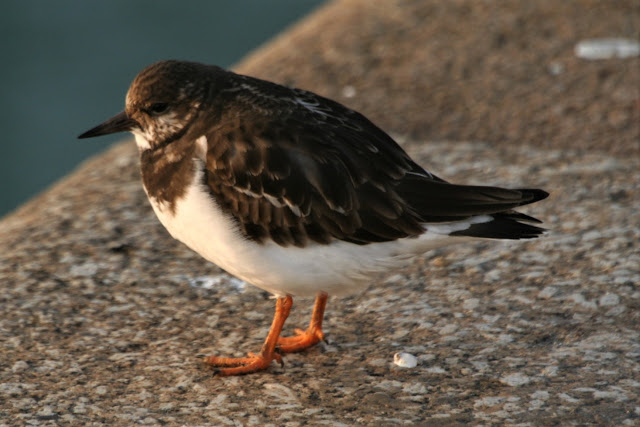 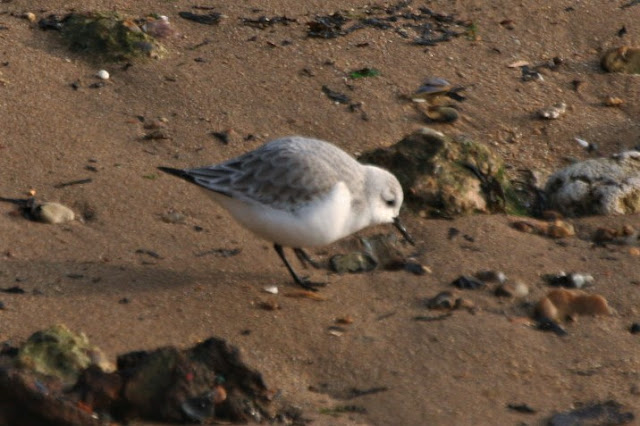 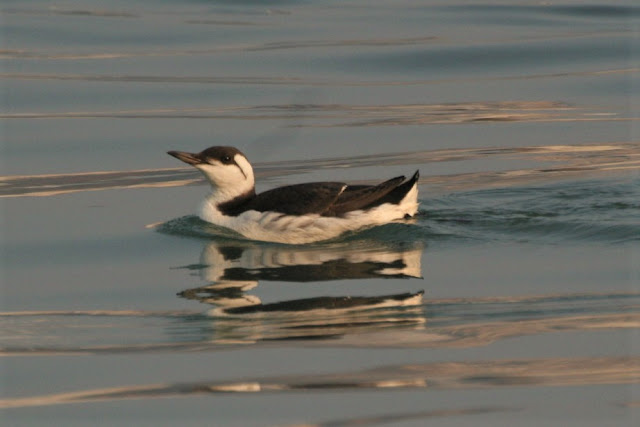 I continued on my way, although the early morning sunshine was clearly under threat of being obscured by an ever thickening veil of fog. I found a, 1st winter male, Black Redstart, along the under-cliff by the wind farm buildings - job done! The gloom descended and engulfed the whole coastline in a heavy, damp, chill. I retraced my steps and headed off home, happy with my efforts - five more boxes ticked!
Posted by Dylan Wrathall at 18:02