Whilst we were on Kefalonia I considered it to be a nice compliment when Pauline asked if she could accompany me on one of my walks. Leon and Bev were less than enthusiastic about the prospect of tackling the gradients of Mt. Ainos and, therefore, elected to remain around the pool! It's been my privilege to have had so many talented tutors, be it angling, birding or moths, assisting me in my own adventure of discovery, as I've wandered around the planet - it was now my opportunity to share experiences and pass on some of these basic skills to a new recruit in the hope of igniting a latent interest in our natural world. 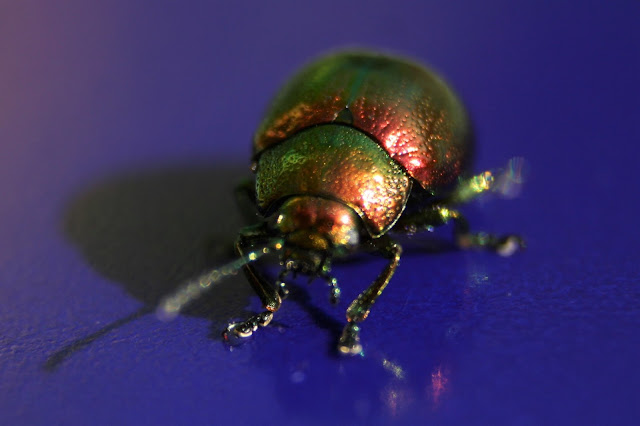 We had a fantastic morning walking the zig-zagging tracks which climb the hillside above Lourdata (Lourdas in the Olympic brochure). Pauline was like a child in a sweet shop; everything we looked at was new to her and the innocent, yet genuine, enthusiasm was a wonderful reward for the small effort I put in. I've made mention, in the past, that the basic skill of a teacher is not academic but, instead, the ability to inspire and enthuse the pupil(s) toward their subject. I'd like to think that this is what I managed during the three hours we spent walking and talking on that splendid morning. One insect sits head and shoulders above all the other creatures we were to see that day. A small beetle, which goes by the name Chrysolina herbacea and, is an eye catching jewel in amongst the arid hillside vegetation. It was new for me and I hope Pauline picked up on my excitement as one was potted prior to getting some photos. Nearly sixty years of looking and I haven't scratched the surface; that's the very sobering reality. It doesn't matter how hard I try, there will always be something new to be discovered should I choose to look in a different place. As George Micheal once said "Turn a different corner and we never would have met!" 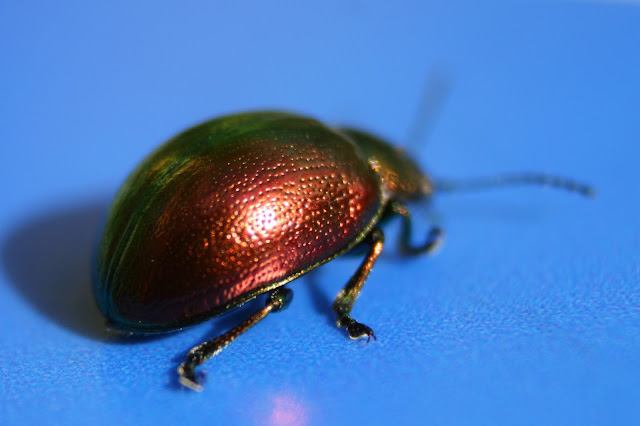