There can be no getting away from the fact that this past week has been one of the highlights of my year. The annual migration cycles have always resulted in some kind of avian spectacular during each of the sixteen, calendar years, we've lived in our bungalow. There have been couple of occasions which would have been the stuff of dreams even at an East coast bird observatory! So, by comparison, the events of this week must be taken in context. They haven't been phenomenal, but are still an experience from which I am able to derive great pleasure. It's just another Autumn on the Isle of Thanet. Birding, under these circumstances, has nothing to do with habitat; we're just very fortunate to live on a promontory which juts out into the base of the North Sea, at the head of The English Channel. The first, or last, landfall before/after a sea crossing for many weary, avian, migrants. Concrete, cauliflowers and geographical Utopia!

I swapped shifts today, so finished at 13.00, instead of 20.00, hrs. We had to pick Emily and Harry up from school, but it still meant that I had a n hour, or so, in which to spend in the garden. Fieldfares have now arrived, en mass, and there is a flock of 50/60 Skylarks out on the maize stubble beyond the garden hedgerow. I have been using the aviary sweepings to feed the back lawn, in the hope of attracting some of the finches away from the fallow field. Numerous House Sparrows and Collared Doves are filling their crops but, as yet, the migrating hoards have avoided the feast, thus far. Standing at the back door was not without reward, however, as a steady trickle of Redwing and Fieldfare passed overhead plus a couple of Brambling and several Goldfinches came in to dine at the feeding station. 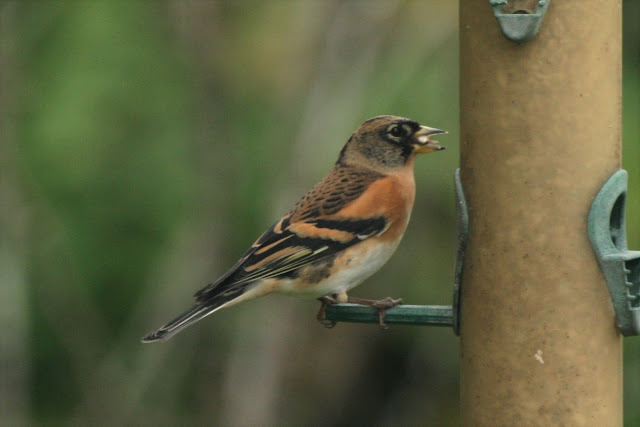 As dusk started to fall there was a massive amount of activity above the strip of un-cut maize. Huge, swirling, parties of Linnets, Goldfinches and Bramblings descended into the foliage seeking overnight refuge, just as the Swallows had done earlier in the year. A marauding Sparrowhawk caused a, fleeting, moment of panic before, the resumption of normality and, the birds were able to return to their roost. 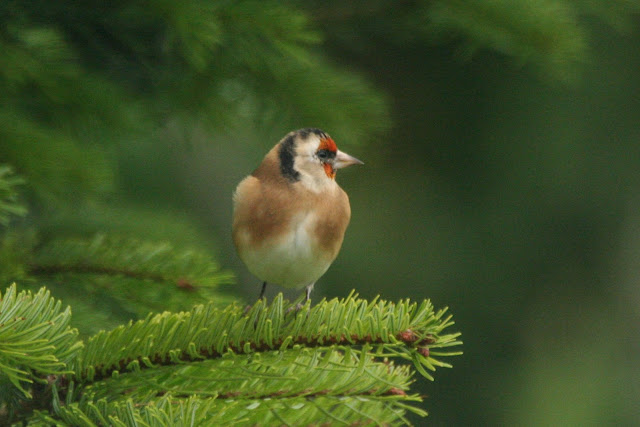