It's been nearly five weeks since I retired and, despite my efforts, not one carp had visited my landing net during the intervening period. Under these circumstances self-doubt really kicks in and I've been questioning almost every aspect of my approach when, in reality, I needn't have been. All the syndicate members have been struggling. Those few fish, which have been caught, more a result of time than ability. No-one has been smashing it, so why should I be any different? 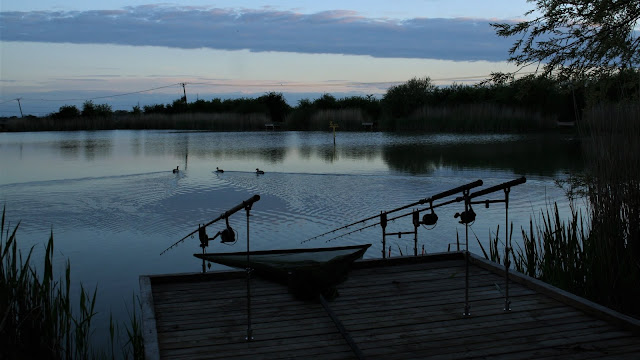 I've not been biteless during these sessions as a few bream have provided evidence of the effectiveness of my rigs, bite indication and bait choice. Now, whilst many of my fellow members treat these unwanted species with utter contempt; fish shaped vermin, they have provided a little encouragement for me to continue with my angling approach, confident in the tackle I use thus allowing me to concentrate other aspects involved.

I've been playing around with rig mechanics and have started to favour the combi-rig set up over the "Ronnie" presentation that has been my go to choice for several seasons. My bait preference now being a wafter as opposed to a pop-up. I'll probably write a more detailed explanation, at a later date, because I certainly feel there's much scope for tweaking this presentation. Whilst I fully endorse the basic fact that high quality tackle should be used in order to maximize the effectiveness of your presentation, under no circumstances do I align myself with the carp clones who think brand labels are more important than functionality. "Tackle tarts" more easily caught than the carp they seek and, as such, subject to "carp tax" Exorbitant mark ups on items of kit which play absolutely no part in the ability of an angler to catch a fish. Entirely the choice of each individual how they spend their hard earned cash but, for me, I'll stick with NGT and Wychwood and be looked at with distain by the fashionistas. One item that I use has caused a ripple of interest amongst these "hard core" carpers. I'd seen that Korda were selling "Stow" indicators for £20+ each - What? I made my own for less than a quid and have been using them for the past couple of weeks. 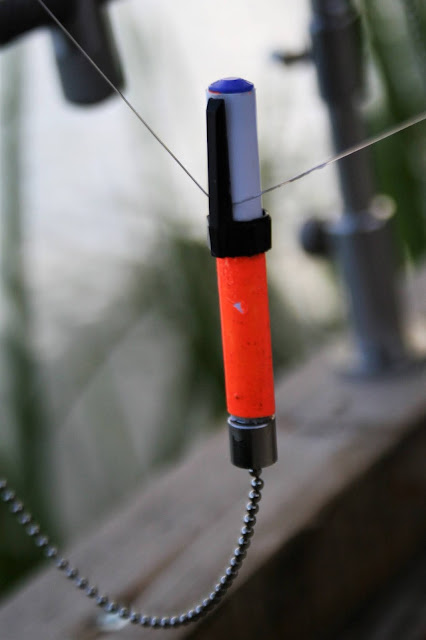 Last night, just before 21.00 hrs, the Siren R3 signalled a bite as the "Stow" bobbing smashed up to the rod before falling from the line. I'm in, game on! A spirited tussle ensued, the Duncan Kay being perfect for the job, and after a few, very enjoyable, minutes I was able to draw my prize over the net chord. A cracking Mirror of 16 lbs 4 oz the result. A very pleasing way to start my campaign for this coming Summer. 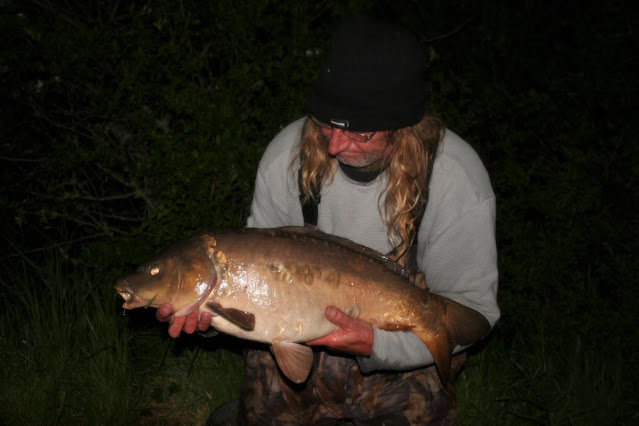