Angling and a BWKm0 mega

I thoroughly enjoyed my session, down at the syndicate, yesterday evening. Only two other members on the bank, so swim choice wasn't really an issue, but one that I fancied had been taken. Hey - ho, no big deal, and I quickly did a lap of the smaller pool before settling on the swim which I occupied on opening night (June 15/16th). 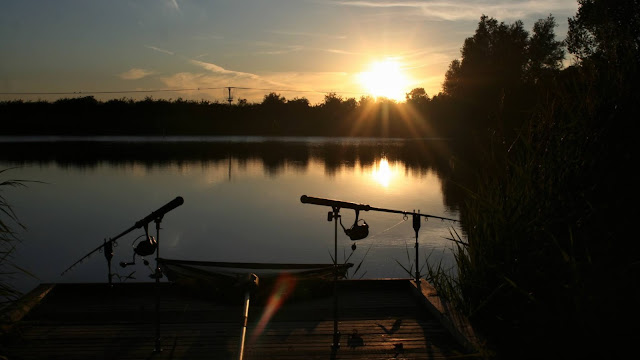 Within ten minutes of casting out the right hand rod was away and I found myself attached to a tiny "jack" neatly hooked in the scissors, thanks to the "twig" rig. Quickly dealt with, the rod was recast and I sat back to watch the sun disappear below the western horizon. The bat detector was soon in use and the local Daubenton's bats put on a magnificent show as the light faded away and darkness fell. The wind was negligible and, as the moon rose over the Eastern horizon, I had a play around with the camera kit. Nothing to get excited about, but something else to experiment with at a later date? 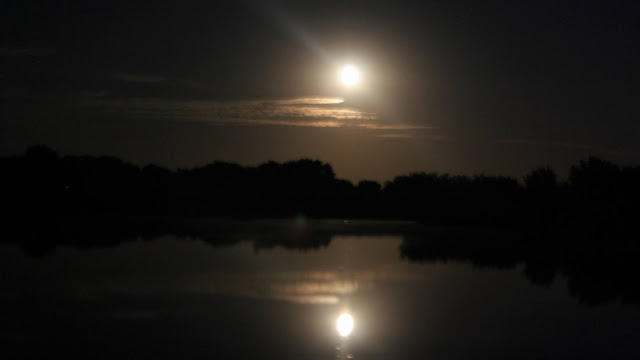 I hadn't long put the camera away, when the left hand alarm signalled a bite. It was now 23.00 hrs and time I should be headed for home, so the resultant eel - 2 lbs 9 oz - was quickly photographed on the weigh sling before being returned. Just one other thing to mention about this session. It was well after dark, whilst I was messing around with the bat detector, when a falcon sp. twice flew over the fishery. Very flickery wing beats, definitely hunting, this is one of those sightings which must go down as unknown. Hobby or Peregrine being my best guess, but that's as far as it goes. 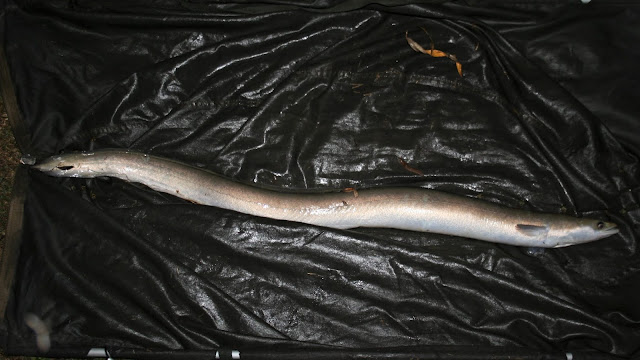 So I pack up, well pleased with my efforts, and drive home with that satisfying feeling that only a fellow angler can understand. Bev was still up, watching some crap on t/v, and I had to get the hedgehog food & water ready, so was outside the backdoor when I heard the unmistakable call of a Barn Owl! What the f**k? An August night, in the middle of Thanet, and I experience the most surreal encounter possible. I've been following the antics of Jono and Gavin, via their blogs, pertaining to the Noc Mig technology they're employing. Some of their, and so many others, results are staggering. All I have to say is that "Naked" Noc Migging knocks that technological stuff into a cocked hat. Hearing the call for real is an adrenaline rush that isn't replicated by virtual listening. Only my third Barn Owl record for the patch, my second for the garden yet I fear the first may have been an escape/release as it sat on the fence watching me attend the moth trap!

So my BWKm0 list has reached 66 species, but Autumn is almost upon us and further additions can't be too far away?