It was a very strange morning when, back in January, whilst at a work party Rob Tuck-Brown offered me the chance to become the owner of a 1956 split cane fishing rod. "Was I interested?" I wasn't immediately sure but, after some research, the rod being an 11ft Hardy "Palakona" Perfection Roach, we agreed a price and the deal was done. Still perch fishing over on Scroggins at this time, I was quickly to enjoy some action, but centre-pin caught carp (scamps!) and not the species I was after. The rod performed wonderfully and I loved the feel as the cane came alive with the lunges of a hooked fish, it was a nice addition to my expanding split cane collection.

However, what I've failed to mention, is that the tip section had undergone a, rather crude, repair at sometime in the past, thus wasn't in particularly good condition. Being a complete numbty, I continued to use the rod in pursuit of my surface caught "close season" one hundred carp. I shouldn't have inflicted such stress on the repair and, with hindsight, am not surprised that my abuse led to the eventual failure of this earlier effort at extending the usefulness of the fishing rod. What next?

Well what would you do? Search the internet of course. I did just that and stumbled across the website of Steve Boncey and WOW! I'd provide a link but, Steve has moved from Ascot to Cornwall recently and I'm unsure if he's still offering his repair service? I remain in contact with this highly gifted craftsman and will certainly post a link if he's still in business as a split cane repair specialist. 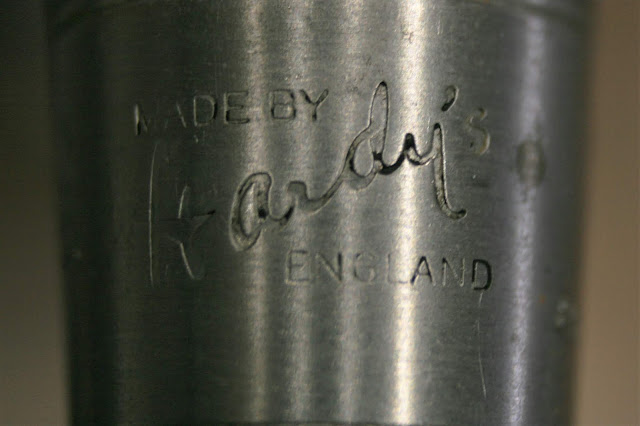 He was a delight to do business with, Exactly what he said he could provide was explained and costed into the service he offered me. He was honest enough to tell me about some issues which would prevent the project being completed quickly, but we agreed a deal and so it was that Steve waved his magic wand, reconstructed this rod and returned it to me in better nick than it was when brand new? What he had actually done was to rebuild, not repair, the broken tip section using original Hardy blue prints to actually construct a brand new replacement. But he didn't stop there, the whole rod was completely given an overhaul, with new rings and whipping, just to ensure total satisfaction when I opened the package some five months after sending it to Ascot - unbelievable! 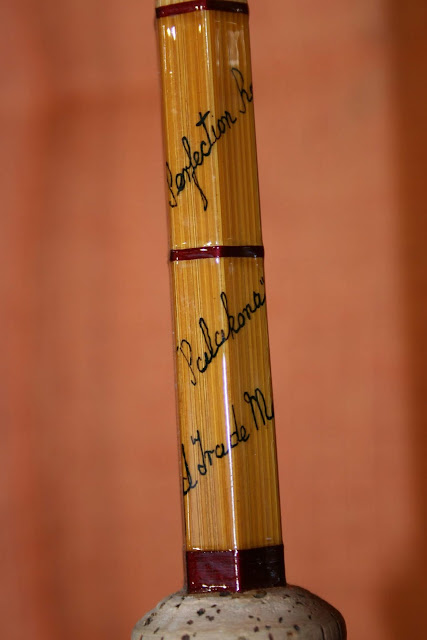 Quite often, when in conversation with other anglers, on seeing my ancient split canes, I'm asked "why you still using them?" My answer remains the same "because they're fishing rods and not oil paintings!". The quest for enjoyment being the single most important factor whilst I'm on the bank. These old rods were designed to catch fish and not as ornaments to hang on the wall. Only by experiencing the tactile qualities of these rods can any angler ever know what it is I'm seeking. Way back in 1952 Dick Walker landed a 44 lbs carp using such rods, all I'm wanting is to experience those same thrills, but without the quality control issues involved in mono filament and hook reliability of that same period.
Steve has promised to give my pair of 1959 Dick Walker Mk IV's a similar overhaul - the outcome of which is eagerly awaited as the split cane thirty challenge will recommence on 16th June 2020!
Posted by Dylan Wrathall at 16:54