Looking out over the surrounding farmland, beyond the garden boundary, was with much anticipation early this morning. Coffee made, I stepped into the garden armed with binos and camera kit, fully expecting it to be a fair morning for bird movement. A few Chiffchaffs and Goldcrests were around the gardens and there had been an arrival of "continental" Blackbirds and a few Song Thrushes overnight. 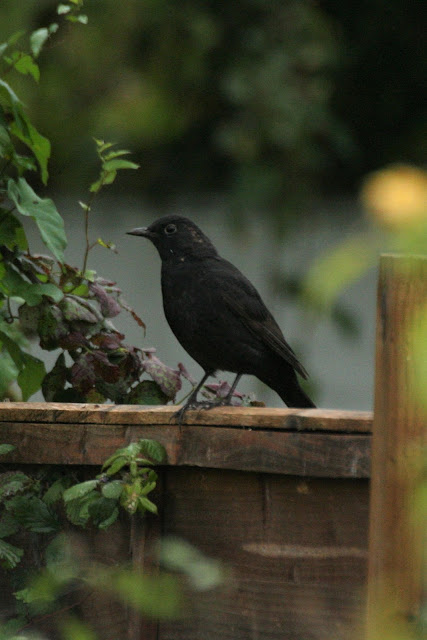 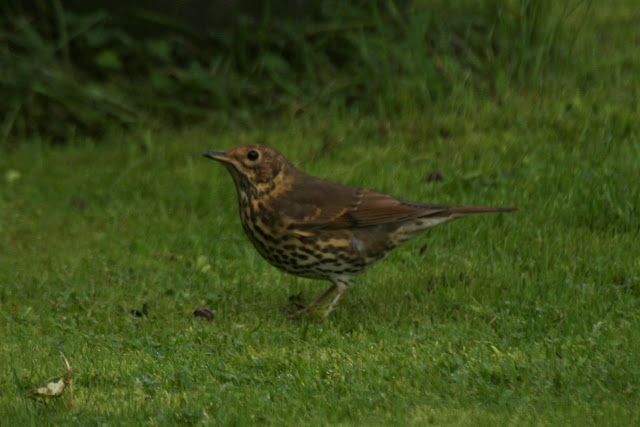 By 08.30 hrs it was apparent that my high hopes were destined for disappointment. A handful of Chaffinches dropped into the conifers to the south of us, one male uttering a few phrases of sub-song before the were once again on their way south/south west. The best of the rest were five Rooks north and two Sparrowhawks south; so much for autumnal vis mig! 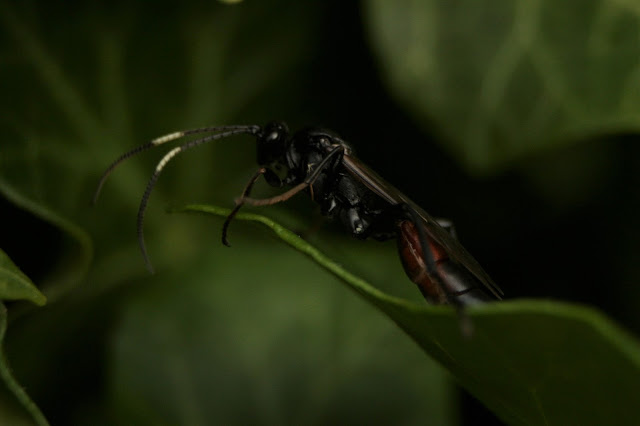 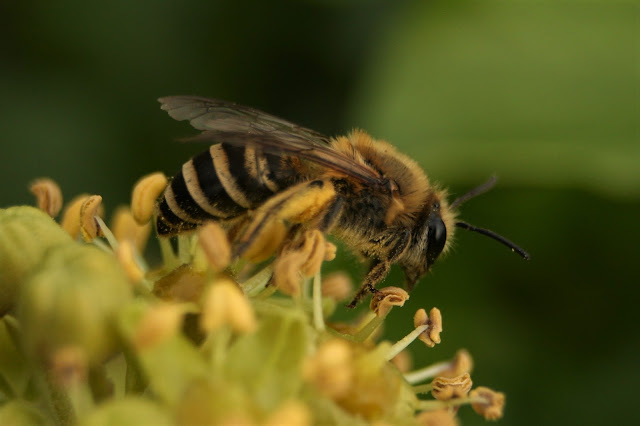 I contented myself playing around with the macro kit and getting a few shots of the Ivy Bees which are feeding around our decking area. I'd managed a few shots and had become distracted by a Common Carder Bee when my attention was drawn to a movement in the shadows. A sinister looking Ichneumon wasp sp. was creeping about in the gloom and I managed to rattle off just four shots before it flew. Not at all sure if it is an Ichneumon, although I have no idea what else it could be?
One more Song Thrush pitched down in our neighbours apple tree and that was about it for the morning. 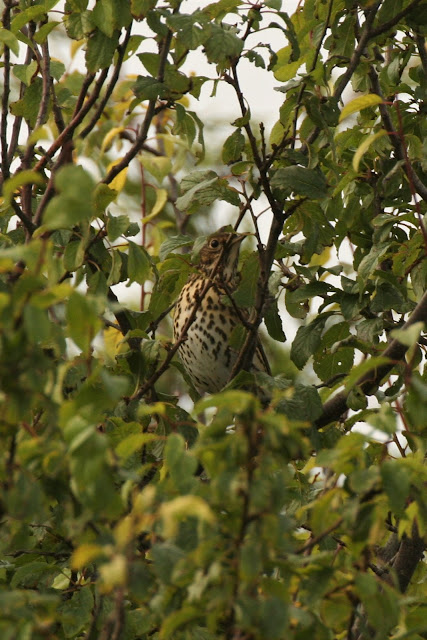