The maize crop, in the field beyond our garden hedgerow, is being used as a roost site for good numbers of migrating Swallows. Obviously it is never going to compete with the reed beds of The Stour Valley, but provides a safe haven none the less. As the sun rose, this morning, several hundred birds left their shelter and started to feed over the crop and surrounding area. Regularly small groups dropped down onto the telephone wires and t/v aerials, along Vine Close, for a breather and I was able to get outside with the camera gear to grab a few shots. 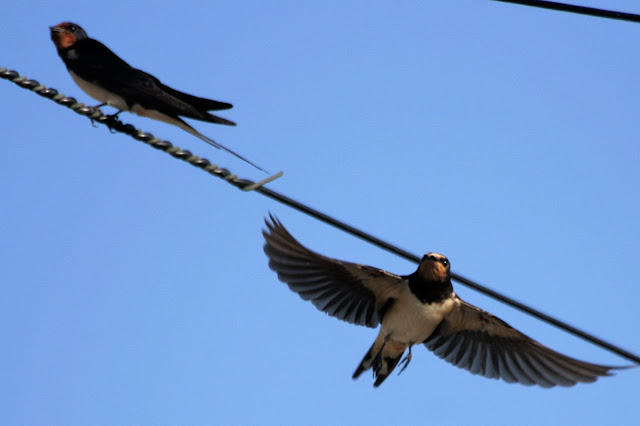 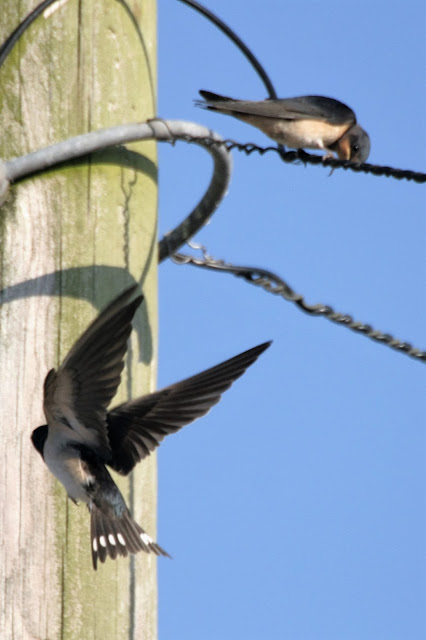 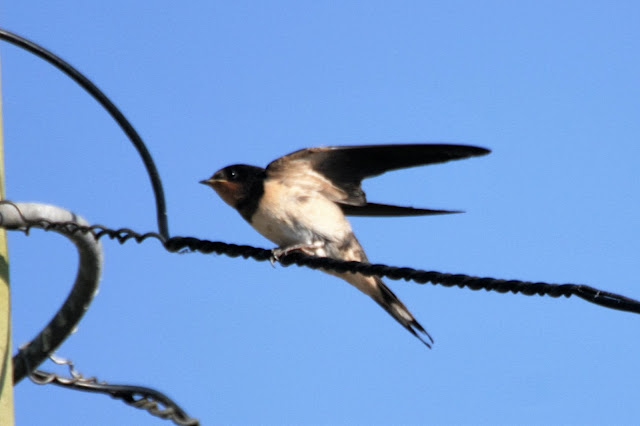 My head is awash with masses of thoughts, and ideas, pertaining to the wild carp in our latest venue. Steve Gale sent me a very nice comment, yesterday, touching on the "purity" of the challenge we have undertaken. A nice concept, but not entirely correct, there are (two?) other anglers out there who also seek the thrills provided by these very special fish. I have to acknowledge that I wouldn't be there, at all, if it were not for the generosity of that guy I encountered and his willingness to exchange ideas and information. I hope it worked for him as well?
I had originally planned to finish this project at the end of September after which I was going to have a concerted effort after a "big" eel before turning my attentions to the barbel and chub in The Stour (another split cane challenge!) Somehow, I don't think it will be that straight forward and I will have to keep at this present venture for as long as it remains a realistic proposition. As with my winter eel exploits, I do have plans to post a summary of my experiences when the campaign has finished - I have quite a lot to say about the state of modern attitudes and expectations, within an angling context.