No two days the same

Back out around Newland's today - another holiday as Bev still isn't all that well; it was a restless night in our Dumpton abode. FSIS, as always, have been incredibly supportive and, should I need it, can take as long as I require - although we will be back at work tomorrow if things go to plan? 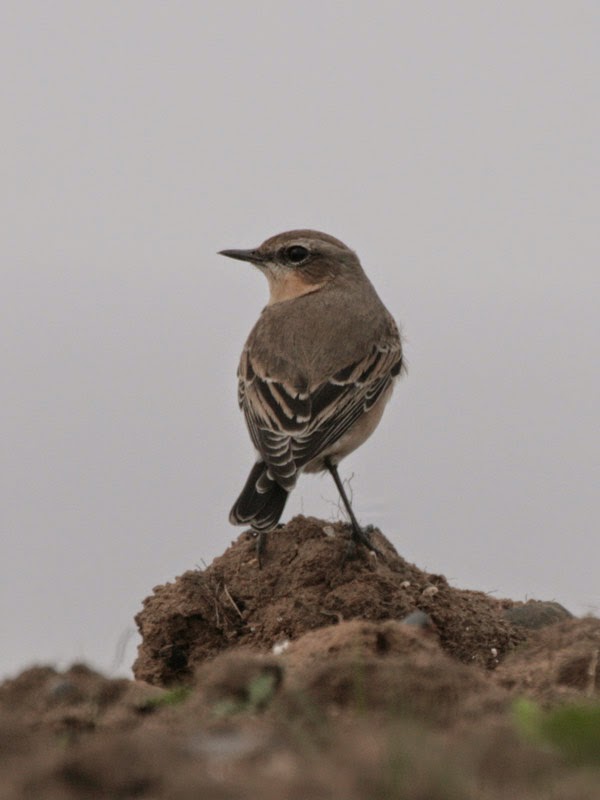 A rather gloomy morning with a brisk N-NE wind ensured that there would be no repeat of yesterdays' events and I had to go "bush bashing" in order to make the most of the time I could spend.
Wheatear numbers have increased to a minimum of eighteen birds, the vast majority still around the excavations within the Ellington Girls School boundary fence. Bird of the day, however, appeared in the hedge at the end of Vine Close, a Spotted Flycatcher. Far from annual here they are barely hanging on as a breeding species in odd locations around East Kent.

A couple of Swallows passed overhead and a little bunch of eleven Linnets went "bounding" northwards over the cauliflowers. Meadow Pipits seemed more numerous this morning with several groups encountered as I wandered the various tracks. A couple of Chiffchaffs added to the day list with my only Whinchat recorded in our garden hedge as I returned home.

The flushing of my first two Song Thrushes of the autumn was a stark reminder that winter isn't too far away - so I'd better make the most of this period whenever the chance arises.