The book that changed angling forever?

A fairly dramatic title for a silly blog post - remember; it's only my opinion and not a statement of fact, nor a lesson in the history of angling literature over the ages. I have been fishing since I was a young boy; catching minnows from the River Gade, gudgeon, roach and perch from the Grand Union Canal, since 1964-ish, by 1974 I had already caught my first tench from the mighty Wilstone Res. at Tring. My early influences were from the "Mr Crabtree" cartoon strip and the writings of Bernard Venables - a classic middle-class, pipe smoking, gentleman stereo-type! Fishing with Mr Crabtree -  in all waters; is a very special part of my collection of angling literature, yet despite the undeniable role it played in my personal development, it is not pivotal in changing the course of angling.
Dick Walker's Still Water Angling might be a candidate for the accolade, but it was written before I was born and any influence (inspired by Bernard Venables) had already occurred? My copy is dated 1962, some ten years after the original publication - it is still an educational read. Dick Walker is, without question, the founder (and inspiration) behind modern big fish angling.

It was, however, in 1981 that the publication of "Carp Fever" by Kevin Maddocks was to change the direction of modern "big fish" angling. Up until this book, carp fishing had always been shrouded with that aura of mystery; they were a species with special powers, requiring extraordinary efforts in order to capture. Kevin blew that away - he lifted the lid on the secret society of the British Carp Study Group and, as such, was catalyst to the meteoric upsurge in demand for carp fishing/fisheries.
Carp angling now dominates the UK angling scene, commercial fisheries providing the venues for all levels of ability to enjoy these superb fish. Such is the dominance of carp angling/culture that modern all-rounders are a very scarce breed and tackle companies are fully geared to providing the every requirement of modern carpers. Pike, barbel, perch, roach and rudd - poor cousins; very little publicity or support from the tackle manufacturers/fishery owners. Carp now even dominate the match fishing scene! 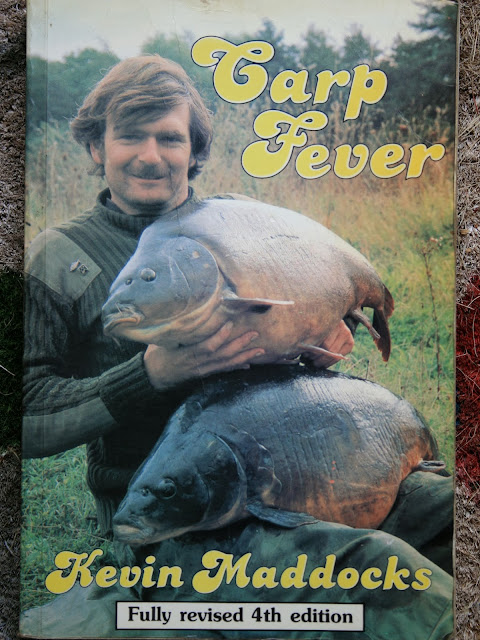 It is not a disaster, nor a great problem in reality - it has to be better that commercial fisheries exist to cater for the demand, thus allowing people to experience the joys of the outdoors and their natural heritage, than to make the sport one for the select few. I don't think that Kevin could have foreseen these events, visionary as he was, it has changed the path of angling irreversibly.