Firstly, might I appologise to anyone who has inadvertently clicked onto this blog/link expecting something approaching science relating to the behavioural activities of said Esox lucius , the Northern Pike, sadly you've been had!
My aim is that this blog will continue where the "Dumpton Non-conformist" left off, but without the crap which was associated with adults having differing viewpoints. As this is MY blog, then it is to be expected that MY views will be expressed. I have absolutely no problem with the rest of humanity not agreeing with my opinions, just don't waste your, or my, time getting wound up by them - I am but one bloke in a global populous of billions!
On Sunday 9th December 2012, I bumped into Martyn Wilson, we were both attempting to get some photos of the Waxwings along the Ebbsfleet Lane, just inland from Pegwell Bay. The hour, or so, that I spent in Martyn's company was to re-ignite the spark that had been lost when I finished the "Non-conformist" blog just over 14 months ago. I have thought long and hard about what I want from this exercise and where I would like it to go.  I had not stopped keeping my diary when I pulled the plug, I just didn't place my opinions into cyber space; hopefully this next venture will be less stressful and I will be able to take my place amongst those who seek no more than to be allowed to impart their particular slant on things without drawing the "Wrath of the Titons" as a response to some silly quip!

I have had many adventures since the sun sank over Icmeler on 14th October 2011; the following post is an extract from my diary and is, hopefully, an indicator as where this blog is heading?

Sunday 29th April 2012 – Well; like the best laid plans, things didn’t exactly go to schedule. The trip turned out to be one of the best holidays I’ve ever had in the highlands – what a shame the pike hadn’t seen the script! Phil (the unbelievable/tireless driver) and Chris being superb company for Tom, Benno and myself during this wonderful week. I’m not sure if they had quite grasped the challenges that these surroundings could pose – they certainly had by the end of the week! If, at the start of the trip, we’d been offered six doubles and a twenty, we’d have taken it; so it seems slightly weird to complain about the lack of fish. What has to be recorded is the total lack of friction, between five guys, during the entire period – everyone finding their own space and comfort zone within the group.


Leaving Folkestone at 18.05hrs on Friday 20th April and driving through the night to arrive at Loch Awe around 06.15hrs the following morning. Unbelievably the areas we had planned to fish were both occupied by “Jimmy Jock” so we had to split up and fit in around them. No big deal – they had gone by Sunday lunchtime and we had the venue to ourselves. Chris and Phil settled for the bay beside “Fraggle Rock”, whilst Benno, Tom and I positioned ourselves in the swims looking across the bay towards Kilchurn Castle, just north of those we’d fished the year previously. The weather was kind and we all managed to get into our swims without the threatened rain causing a problem. Rods out, bivvies up, the first day was always going to be about getting settled in. Kenny Gray, Alan’s nephew, came round to collect the money (we each paid £50 for the week – an absolute steal) and informed us that Alan was recovering from a hip replacement operation, so we were unlikely to see him. Other news was that there had been some guys fishing the bay and they’d taken nineteen fish, to 20lbs, the previous week. 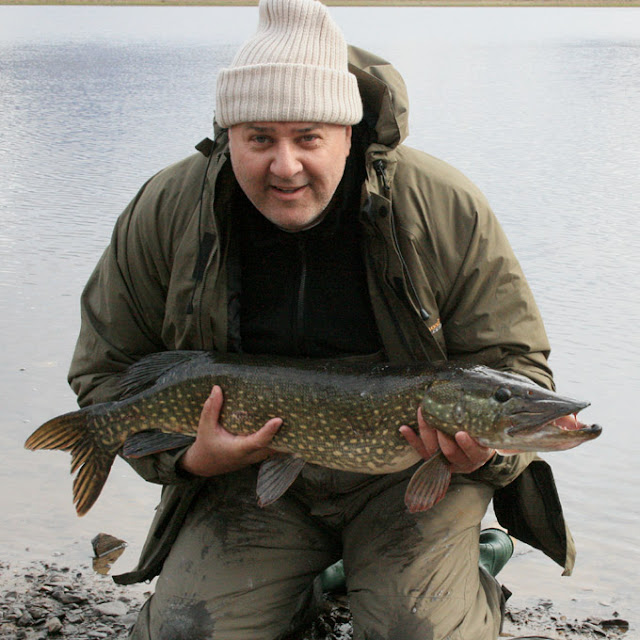 Tom had the first action of the holiday with a fish of 5lbs (ish) on “bluey” but it was a day before we had our first “double” – Chris taking a fish of 17lbs 4oz on ½ Mackerel.


The day wasn’t about Chris, however, as Tom had a bite, just over an hour later, which resulted in him, landing his first (21lbs 2oz) twenty! That I was the netsman, ensured that the moment would be as special as it was when I netted Benno’s fish; almost a year previously! I don’t know who was more pleased? Tom was a smiling wreck; I just had a “buzz” that alcohol can’t replicate. Tom had waited an awful long time for that fish and his reaction was superb – he was glad that it was witnessed by the guys who he’d spent the winter pike fishing with. Loads of photos; as to be expected, what a pike, superb condition and full of spawn, surely a sign of things to come? 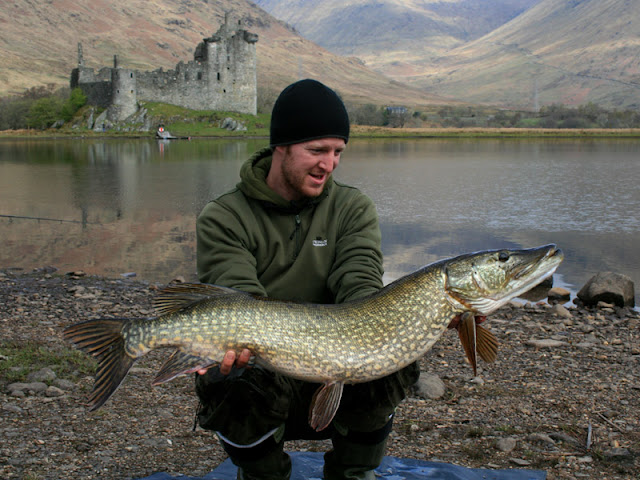 A “Champagne Pike” in anyone’s money, I was sure that this would be the start of something special. Benno had managed to get hold of a couple of bait boats which, after a few teething problems, proved to be a turning point. We were now able to get baits out to areas that were beyond casting distance. The Sunday passed in something of a daze, “Jimmy Jock” vacating the loch, so allowing Phil and Chris to relocate along the same bank and ensure that the area was completely “sown up”


Monday dawned and it was Benno & my turn to get a bit of the action. I took a fish of 13lbs 7oz – the long range rod – at 05.50hrs, Benno taking a 14lbs 6oz fish just 15 minutes later, ensuring that we replicated our photo of 2011, when we both posed in front of Kilchurn Castle with a brace of doubles. Benno was in action again, later in the morning, when he landed his second double at 11lbs 9oz.


The holiday continued to provide very good entertainment, yet the fishing was difficult – in comparison with other years – and the weather played a major role in testing our bivvies and methods to the very limit. We experienced gales, driving rain and hail, along with heavy snow fall on the higher ground of the surrounding mountains. Tom took another nice fish when he landed a 14lbs 12oz pike taken on a flavoured Mackerel which was fished close in. 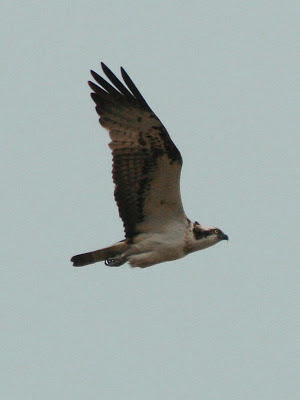 Phil eventually managed to get “his” double when he landed a pike of 11lbs, as it was getting dark, Tom having a take whilst the fish was being unhooked, thus allowing me to grab a couple of record images of the “Uncle/Nephew” pair with a fish a piece. The birds sharing our space were of equal importance to the company, in respect of making the trip memorable; our first decent sighting was of a female Mandarin Duck, which was in company of the local Mallards. I think that this is a good local record, but can’t be sure?

The local Ospreys put on a fabulous show of their fishing prowess, the male catching a small pike in the teeth of a howling gale. How can they see their prey with such a chop on the water? We didn’t see the birds every day, but this was probably due to the weather?


I had made mention of my hope to get some better photos of these magnificent birds and, despite the generally dull conditions, I am very pleased with some of my results. The male bird was completely at ease hunting in close proximity to our position, quite often in the “wind shadow” of the closest island or the wooded mound beside Fraggle Rock. The sighting of an Osprey was always a special part of our trip, Phil and Chris being just as excited as Tom, Benno and I. The spectacle of a bird making the plunge into the loch, the resultant splash and plume of spray, before the bird lifts clear of the surface, prey held in clenched talons, being such treasured memories from our Scottish experience.


What was, for me, even more rewarding was the chance to get some photos of summer plumage adult Black-throated Divers. A pair (and possibly a lone male) were regularly visiting Kilchurn Bay and I eventually managed to get a chance to grab a few images of a single bird swimming just off of the bank that we were fishing. I had tried, unsuccessfully, to use the 1.4x converter, in conjunction with the 170-500mm, in order to get some record shots; so was absolutely delighted when this individual deigned to swim towards my loch side position. This image being something I had hoped for, having spent quite a while watching these superb birds through my scope. The markings are like something a graphic artist would produce in order to demonstrate how skilful/intricate they can be; an absolutely stunning bird, the water droplet, on the lower mandible, just adding to my portrait. 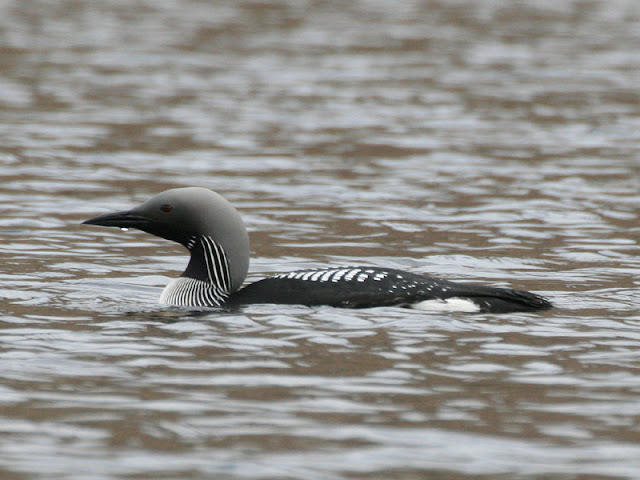 There were loads of other highlights, my camera being kept busy as I tried to record the “feel” of our trip. Thankfully, Gadget’s generator provided the power to recharge the batteries of our cameras, phones and bait boats – so we were fully functional in this digital age.
It was a fantastic holiday, all the guys enjoying the experience – testing as it undoubtedly was – without any friction. Our evenings around a fire, a few light ales and the associated banter, something we’d never done previously, were very much a highlight. I caught my final pike, two days before we left, at 8lbs 7oz. I got some images feeling sure that it would be the last fish I’d take during the holiday, so it proved.


Ravens, Hooded Crows, Common Buzzards and Tree Pipits were present around the site and Siskin, Coal Tit and Meadow Pipits provided a nice distraction. There were so many things to look at, the local wildlife being so very different to that of Vine Close. I did my best to find a C-R Herring Gull – nothing doing. Common and Lesser Black-backed Gulls joined Canada & Greylag Geese, Common Snipe, Grey & Pied Wagtail and Goosander ensured that the birding would provide highlights if the angling failed to produce. My final morning was spent in search of a Common Redstart, which I found a few hundred metres to the south, along with numerous Willow Warbler, Great Spotted Woodpecker, Bullfinch and Chaffinch.
Posted by Dylan Wrathall at 22:31