I did get down to the side drain, early on Monday morning, and was delighted to land a Pike from this tiny venue. Not the size I'd have chosen, but a Pike none the less, thus evidence supporting my floodwater conditions theory? However, something I'd not thought about, but of major consideration is the fact that this side drain is also subjected to the varying water levels due to tidal influence. So it will remain a work in progress whilst these weather patterns persist. 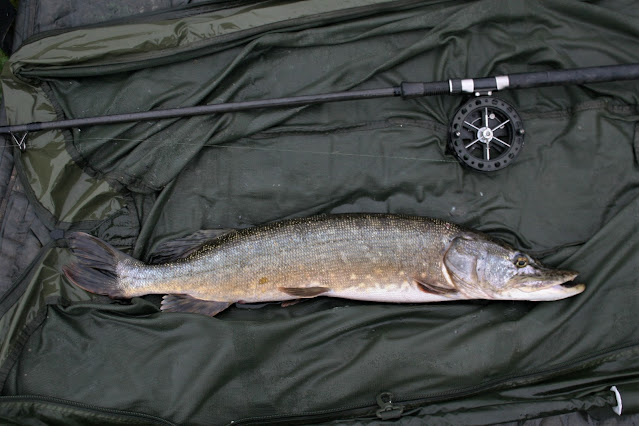 I now find myself in a very pleasant position, due entirely to retirement, and view the world in a very different way. My Nissan NV200 is just a small, white, van, complete with my personalised number plate, and as I drive around the high-ways and by-ways of Kent the frantic antics of fellow road users makes me smile. My journey is purely for pleasure, therefore I've no requirement to drive like a lunatic. At 05.00 hrs, however, the vast majority of other drivers are frantically attempting to chase that mighty dollar with a complete disregard to fellow road users or the highway code!

I took a drive down to the RMC, this morning, but shouldn't have bothered as the canal was filthy mess. Still, having driven the distance, I gave it three and a half hours before the EA decided to open the main sluice and all three rods were wiped out within a few seconds due to the huge amount of debris in the water. 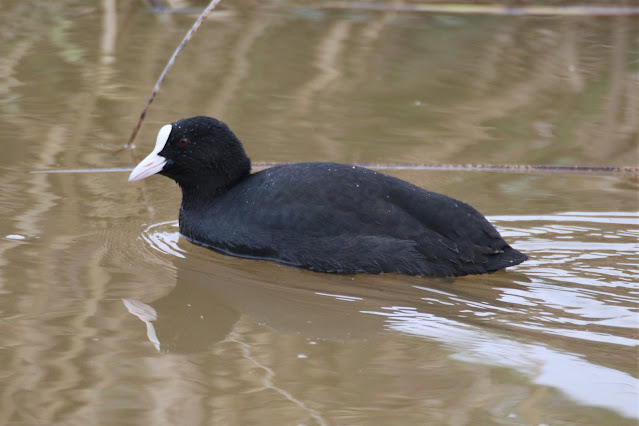 It is in situations like these that I am hugely grateful for my ability to derive enjoyment from so many other aspects of being outdoors. Birds play a massive role and I'm really having fun playing around with the Canon EOS 70D.  What this technology is capable of capturing is way beyond anything I've previously known and I'm really blown away with the results, particularly when light conditions aren't too brilliant. Down on the canal, this morning, I was able to capture images of Mediterranean Gulls and a redhead Goosander which my old kit wouldn't have had a chance of recording. 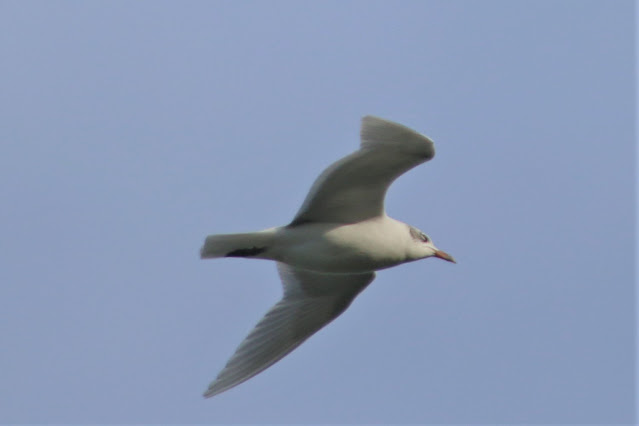 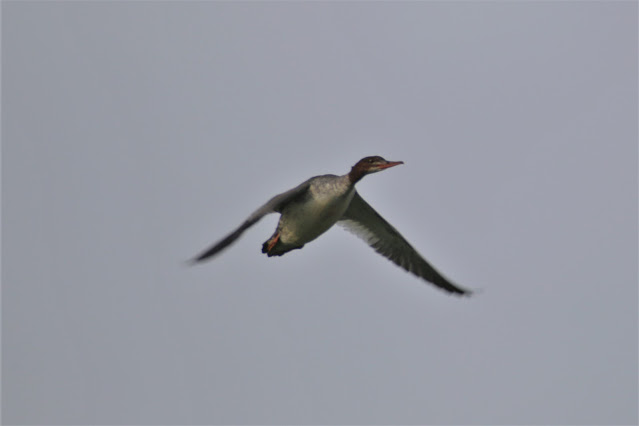 As always my time on the banks, of the RMC, was enhanced by the conversations I had with complete strangers. None of us would engage in idle chit-chat if we were not in the situation of enjoying the RMC experience. All of a sudden catching Pike isn't such a high priority when viewed from this different angle.