I have really struggled to get motivated for anything blog related; nothing to write about being the very obvious issue. The BWKm0 garden list has grudgingly risen to 65 species, courtesy of a flyover Yellow Wagtail (a local breeder displaced by harvesting the potato crop?) but that's it as far as the garden listing is concerned! The Buzzards have disappeared, so will have to go down as a failed breeding attempt? Skylarks remain in situ and, on a very positive note, two Song Thrushes have started singing again. That's been a very long gap since the last one was heard in March! One is over at the farm compound, the other along the railway embankment, down near Hogwarts's (St Lawrence College). Newly arrived and/or looking to attempt raising another brood? Whatever the answer, they're certainly a most welcome addition to the local soundscape. 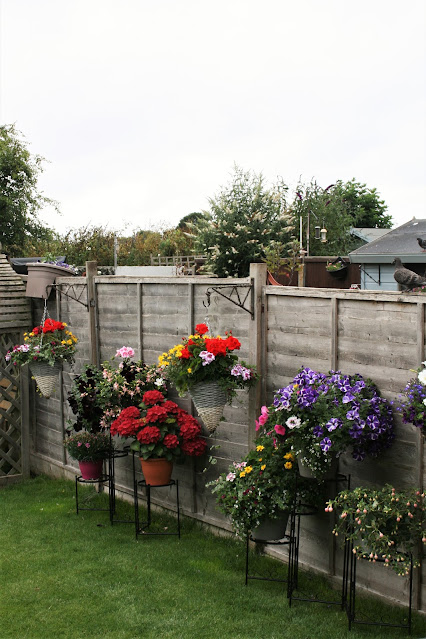 During the current furlough period, Bev and I have been pottering around doing those things which were always on the "to do list" just not that important to be "must do". The garden pots have now been placed upon a racking system which allows them to be positioned along the fence line without making horrible brown rings on the lawn. Even though I am nowhere close to being a gardener, have to admit that they do make the space so much more pleasing on the eye now that they're tidied up. So now, in addition to my green keeping duties, I cut the lawn, there is also the daily watering of the pots. Can't complain, because the garden is unrecognisable from the jungle that existed after the bungalow refurb had been completed. One major sighting occurred last Saturday when a pristine Silver-washed Fritilary appeared in the garden. I couldn't believe my eyes, thinking it had to be a miss-id'd Comma but, fortunately, it decided to land on the white buddleia (in the centre of the above image) two gardens to the north thus allowing me to confirm my suspicions and add a new species to the garden list.
Bev has decided that she needs to get some exercise back in her routine, using the fact that I'd be able to accompany her as a motivation to get started. So far, during the past fortnight, we've managed to achieve a little over three miles, which is a vast improvement on sitting in an armchair all day, walking to the fridge or to assist her Mum in the next room. Bev has set her sights on five miles, so with July requiring me to attend work for just ten days, there is every chance that, together, we'll achieve this milestone. We ventured out, this morning, in light drizzle and I was telling her that my chances of seeing Humming-bird Hawk-moth, this year, were almost zero as our Kefalonia holiday was cancelled and the crop of Red Valerian, in and around our garden is vastly reduced from previous years. Imagine my absolute delight when, seeing Bev off the drive, (she wouldn't want to scratch her beloved CX-3) a "Hummer" appeared beside the bungalow feeding on a handful of flowering Valerian which align the driveway. 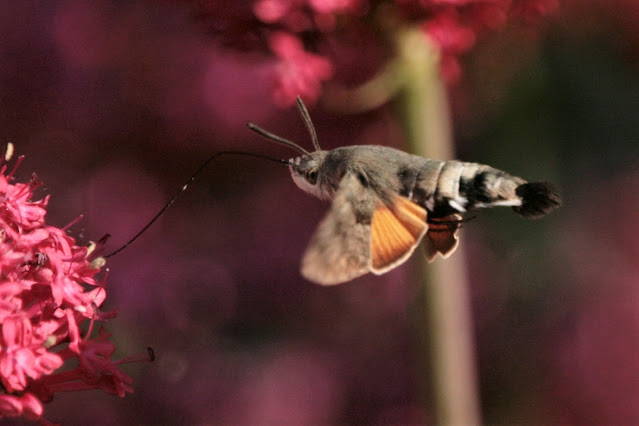 An archive photo from five years ago.
Fishing has been a bit of a roller coaster, just lately. Benno has full time work, being self-employed, and the tides haven't been particularly conducive to our efforts whenever we've been able to get out. There have been a few other developments, which I'll keep for another day, suffice to say that we're not smashing it! 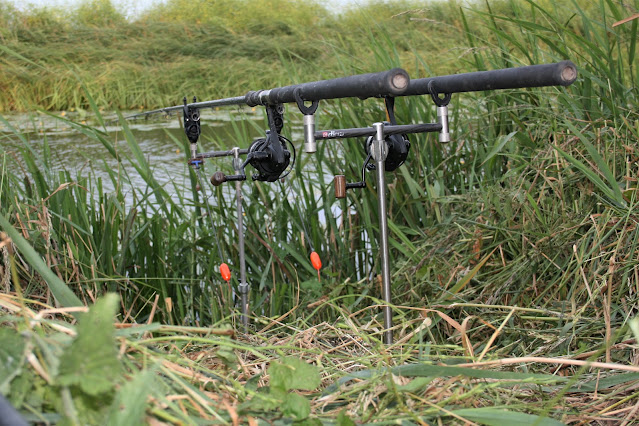 It's not all doom and gloom, despite my increasing despair at the complete ineptitude of our political leaders. A Great White Egret has been spotted several times at Monks' Wall NNR, as I've driven past en route to the Ash Levels. Yesterday evening was to allow me to witness an awesome movement of Common Swifts over the marshes. Many thousands of birds moved south and continued to do so right into twilight, much to my amazement. It was a privilege to be sat there, just in awe of the spectacle that was unfolding in the skies above. If they'd have been Wildebeest, out on the Serengeti, then travel companies could charge huge sums to  watch such events. They ain't, and they can't, because birds don't need to stick to rules. Benno and I were very fortunate to be in the right place at the right time, certainly kept us amused whilst the bite alarms remain silent! 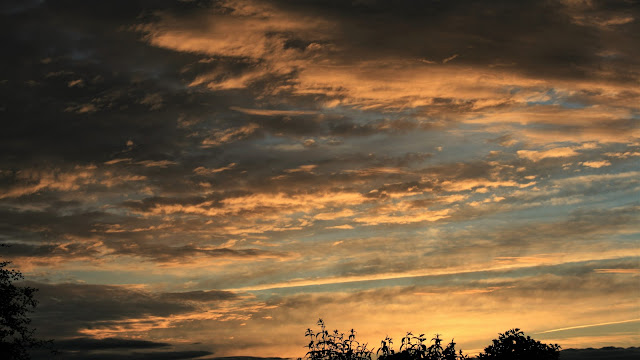 Appreciation of big skies is entirely due to the input of Steve Gale. Over this past three weeks I've been pointing the camera in the direction of the setting sun, whenever the event seems worthy, and I've managed to capture the feel of the moment on the odd occasion. 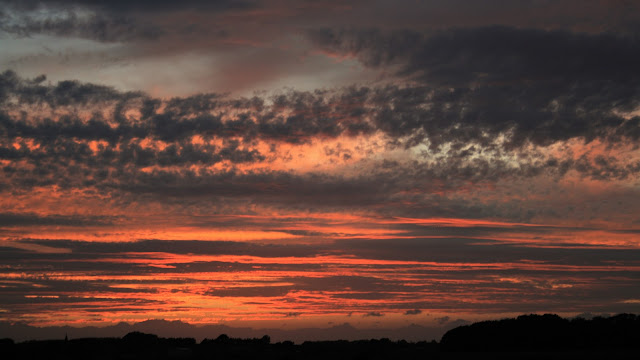