Odds, sods and other trivia

Friday, mid-day, my 1956 Hardy "Palakona" Perfection Roach rod came back from Steve Boncey, the skilled craftsman, who'd undertaken the restoration after my stupidity had caused a previous repair to fail. All I will say, for now, is that I don't think the rod could have looked any better when it was brand new? There will be a post about this restoration project when I've had time to get a few photos to accompany my thoughts, Steve's a bloody genius, the rod being absolutely perfect.
Still lots going on around the garden feeding station and in the skies above. After a day off, this morning dawned bright and clear which resulted in at least twenty-four Common Buzzards moving South, or South West, being seen from the garden. The vast majority were way over to the West of Dumpton, yet I still managed to grab a few images of a very dark-phase bird which flew directly over the bungalow. 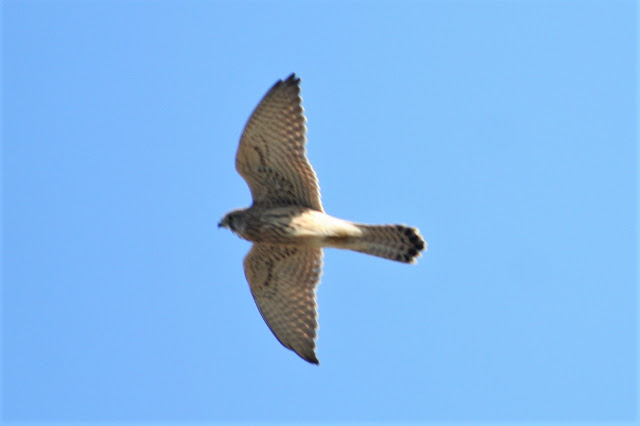 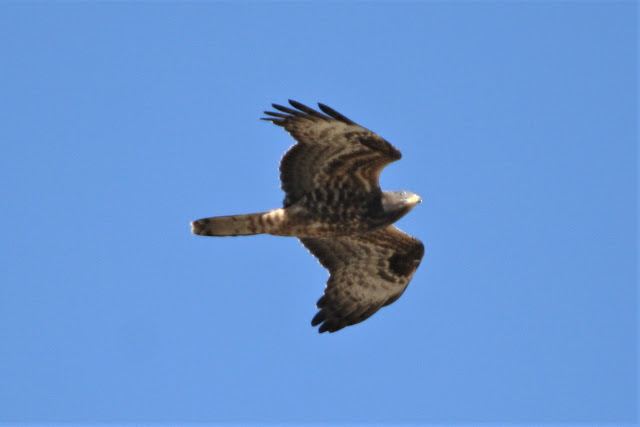 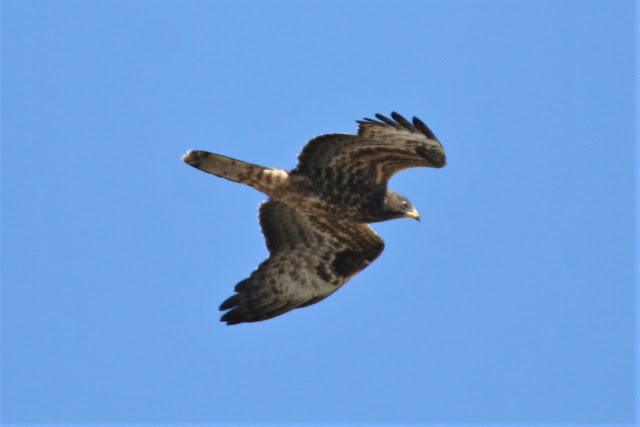 I finished the session with 24 Common Buzzard, 2 Kestrel, 5/6 Sparrowhawk, 7 Cormorant and an adult Peregrine, plus a lone House Martin which headed north?