Well; it's not the end of the civilized world but, there is no denying, it is bloody cold! Thanet is usually immune to these weather systems, not this one! We're shivering along with the rest of the East Coast counties. It should, therefore, come as no surprise that I didn't venture far this morning, just down to my aviary to feed my Java Sparrows and provide some, ice free, water. Once done, I then set about re-filling the feeding station feeders, two with mixed seed, one sunflower hearts and the other with fat-balls. I scattered a handful of raisins & currants under the feeders and returned to the warmth of our bungalow, already aware that there were a few Redwing moving south, overhead.
Activity around the feeding station was constant despite the biting wind and frequent snow showers. The light was appalling, requiring ISO 1600 1/500th sec to secure any image worthy of sharing. House Sparrows continue to dominate the scene, I estimated 50 - 60 birds, but really am unable to be accurate with my counts as birds were constantly moving along the gardens in all directions. Five Blackbirds, two Great Tits, a Robin, three Dunnock and a Wren were more confidently recorded as representative totals. A flurry of Linnets, buzzed along the back hedge and a lone Lapwing flapped slowly into the wind. Something was going on out there, time to grab the camera kit? 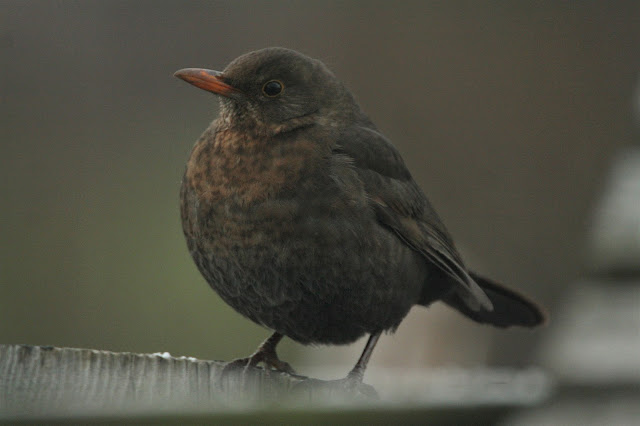 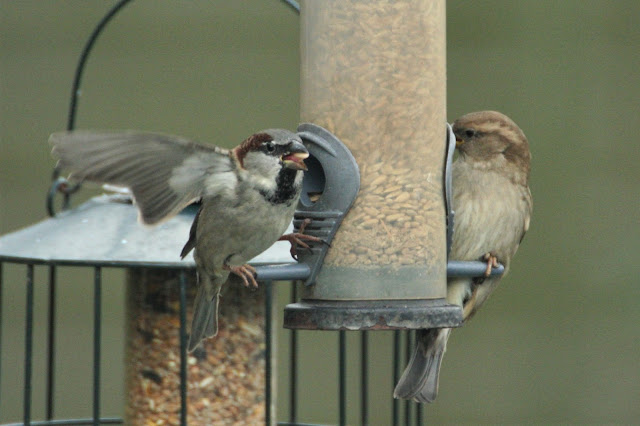 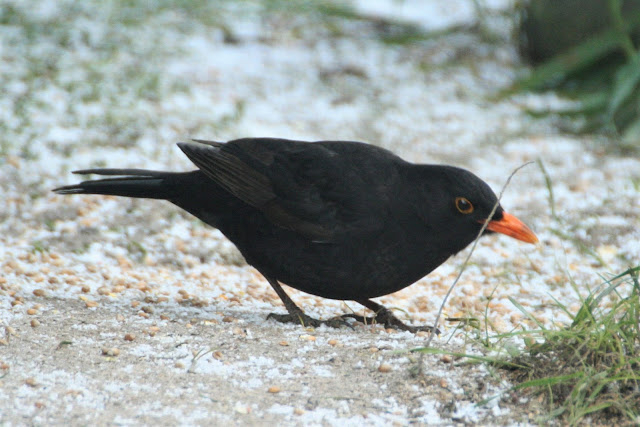 The local gulls were restless and vocal, not that there was any raptor movement going on, but I did think that there was an unusual number of Black-headed Gulls about so hatched a plan. Back out into the garden, I smashed the ice on the bird bath and refilled it, before scattering a mix of cubed gamon, shredded ham and bread on the grass between the feeding station and the aviary. I realize that this might sound a little flamboyant but, the truth is far more mundane. It is food that's been in the fridge that's simply passed it's sell-by date. I'd rather feed it to the birds (foxes) than throw it in the bin! 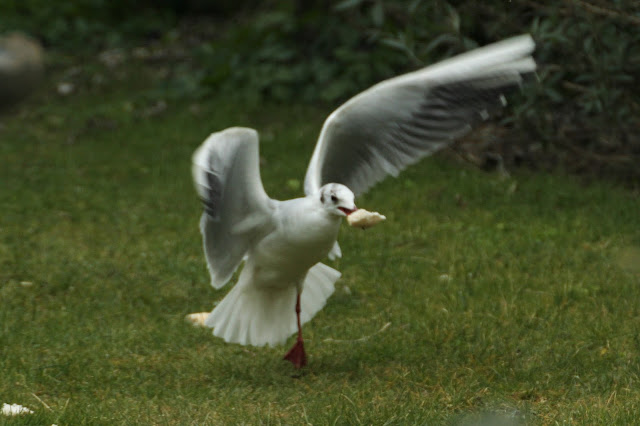 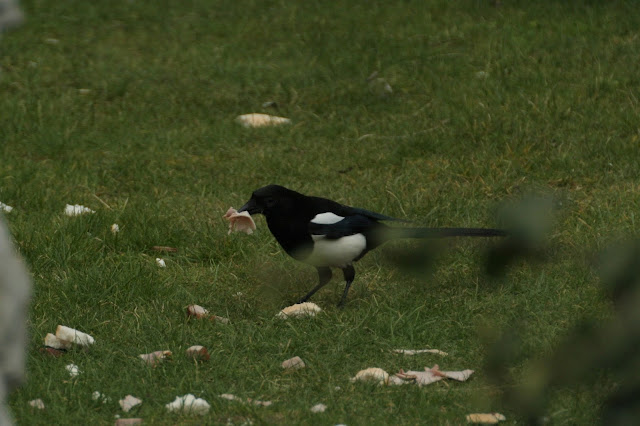 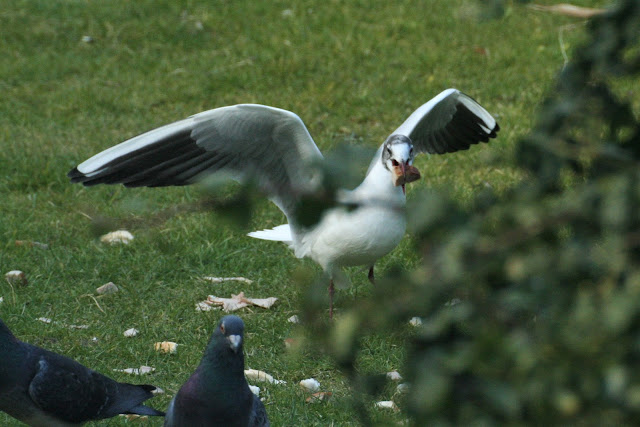 It took a while before the gulls plucked up enough courage to land in the garden, a magpie being the first customer before the Black-headed Gulls gained confidence. Shortly after all hell broke loose as the Herring Gulls arrived, en mass - freebies gone in seconds! 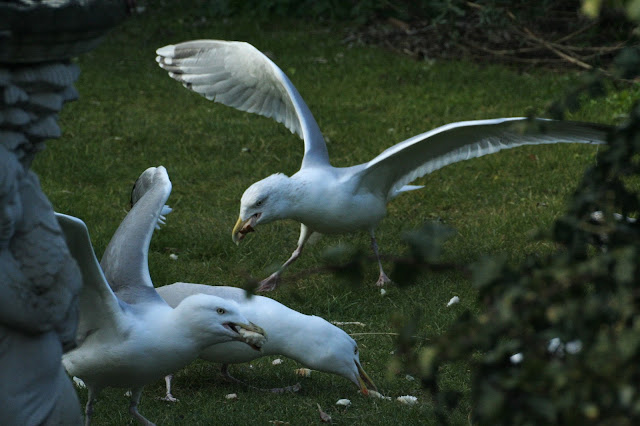