Well that's that! A week of concentrated effort; targeting two species and I've ended up with nothing to show for my efforts. One missed catfish being as close as I got - pitiful? Fortunately, my shortcomings have no effect on the rest of the world. My bruised ego is a burden I'll deal with - there's certainly no doubt that I'm big enough (and ugly enough) to cope with this perceived failure. 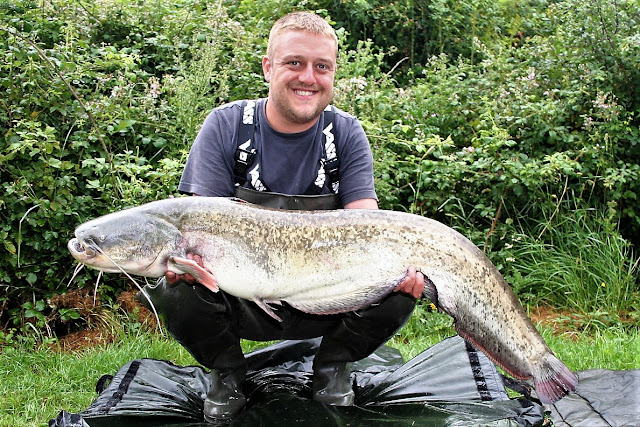 Just to rub my nose in it - Benno took three catfish during our session, best one going 24 lbs 8 oz - so there can be no excuses. I simply wasn't good enough with my approach/bait choice/methods !

Not good enough! My inability to catch a fish is of no consequence to any other individual on the planet, although it might provide some with a smile? I've been doing my best to keep abreast with the unfolding political nonsense, which has arisen since the catastrophic result of the General Election. Mrs May screwed it up "big time!" The blame lays firmly at her door (and that of her advisers) the buck stops there! Her actions, unlike mine, do impact directly upon the lives of the citizens of the UK and, as such, she has a responsibility to act in such way as to allay any fears and attempt to do what is right in the common good of the majority of our population. As an individual she has proven to be incapable of "human compassion" hence the  "Maybot" tag. The bigger issue is that of the Conservative Party being so far removed from 2017 as needing to be given a reality slap. Politicians, of all persuasions, are lying, self-serving, con artists - can't hear too many dissenting opinions to that glib summary.

I cannot believe that it has taken Damian Green to point out the fact that the Conservative Party has lost the vote of the 18 - 35 year olds. A generation of hard working, well educated, citizens who are unable to get on the housing ladder because of the systemic failure of our political process. To add insult, to injury, Theresa May then pledges to impose a stealth tax on that generation of "middle England" who had taken up the Thatcher option to own their own home - probably the most fertile Conservative spawning ground there is! The whole political system needs a kick up the arse. Corbyn is no better than Blair - the whole lot of them are a disgrace. There are many major issues facing the UK, surely a consensus Government, drawing from across the political divides, is our only hope. We are the fifth biggest economy on the globe - there can be no reason for austerity unless it's to protect the interests of the insanely wealthy elite minority?

You're very right! I only went to Halsey Secondary School and have worked in factories for my entire working life. What could I possibly know about the real world? Everything - I live in it!
Posted by Dylan Wrathall at 20:20