Is there any point in planning?

A recent announcement in "Blogland" is the 2015 Northumberland v's Surrey pan-listing bout. Gloves are off and the two adversaries have declared their intent, drawn up rules and defined the boundaries of the respective battle grounds; should be a good clean contest with a few surprise twists along the way. I await events with much anticipation.
As opposed to the league tables and officialdom of the natural history societies, this is a light-hearted way of ensuring that there is a reason for venturing outdoors, even when the signs are not so good. I wish both Steve and Stewart well in their quest. Now; whilst I have no desire to engage in such activities myself, I do find myself somewhat envious of the fact that these two guys are able to formulate a plan to enable them to get the most out of their outdoor efforts. I'd love to make similar arrangements, yet I know that my willpower is lacking and I can easily become disillusioned or distracted by other things.
As Benno and I were chatting, on Sunday morning, we were both bemoaning the situation and our total lack of planning as we drift through each calendar year. 2015 will, God willing, see me reach 60! Quite how I've managed to survive, thus far, is a mystery, but one for which I'm very grateful. Grandchildren, a second marriage, a great job, a nice home, decent motor and a return to angling - it doesn't get much better for a simpleton.
I can only make plans for myself; Benno, Sye, Tom and Luke will have their own agendas.

Birding : Yeah; it'll still be there - mostly as a secondary interest, although I'm sure that there will be occasions when I feel the need to simply get outside and look at the birds which share my space.

Moths : A group which have fallen out of favour just recently. Having Emily in the mix might mean that I rediscover some of the enthusiasm and fire up the 125w MV in the garden on a more regular basis.

Newland's Farm : My "patch" - no getting away from it? It remains the nucleus of my natural history encounters on a daily basis - long may it continue. My own space, shared with dog walkers, school kids and very few others - it is where I am able to enjoy the simple pleasures of looking at the ordinary without any outside influence.

Butterflies, Dragonflies and other invertebrates : In the past I have deliberately sought these creatures, in 2015 I will happily enjoy the encounters with those species which cross my path. The continued use of my primitive macro gear might help elevate some of the sightings with the benefit of a photo or two? 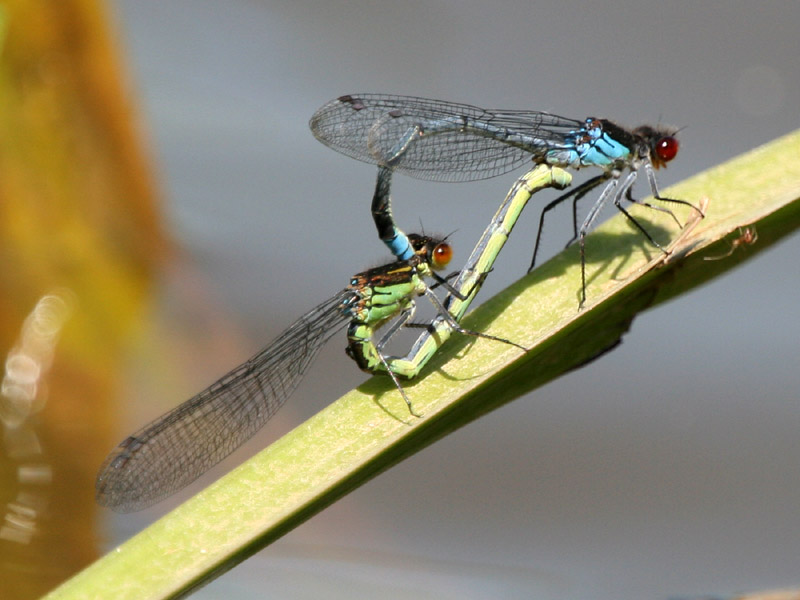 Angling : It's what I do with the greatest of passion. January - mid March will see me back down on the RMC in pursuit of another 20 lbs+ pike. I have no idea as to how realistic this plan is - if I don't go, I'll never find out?
April - back to Sandwich Coarse Fishery in search of that PB carp.
May - only one thing planned - we're back in "Jock-land" for one last bash!
June - September : Despite my better judgement, the barbel of the R. Stour will feature again. I took great heart from the chat with the guy in Fatfish and the similar experiences of many other anglers who have pursued these enigmatic fish. What I'm not prepared to do is blindly continue to chase these fish - if I need a break then the local commercial fisheries will see my money as I seek to bend a rod and rekindle some enthusiasm. One session per week will be quite enough for me, so that will be no more than fifteen in total.
October - November : not quite decided, but I would like to try something different. Might have a bash at the chub or roach in the river, might find a fishery where there are a few rudd worthy of a try?
December - pike or perch? It's a long way off and who knows what can happen in twelve months?


So there you have it! Absolutely no idea as to how 2015 will pan out - the weather might impact on my plans, personal circumstances will always play a part. Yet, until things dictate otherwise, these are my guidelines. Benno has spoken of catfish and zander, so there's a spanner in the works before I've even started!