Life - a conflict of opinions?

I find myself in somewhat of a quandary. Steve Gale and Gavin Haig (two very fine "Bloggers") have recently posted stuff in defence of Jonathan Lethbridge (another excellent Blogger and exceptional photographer - some guys just can't help themselves!) because some spineless cyber warrior made comment labelling said "Wanstead" icon as an "Internet birder". I don't quite get it? Apparently this comment was meant as an insult - how spiteful! If that is the best this guy can do, then he obviously doesn't work in a factory. If I am going to offer an insult you can count on it to be rather more colourful than this pathetic jibe.

Steve's piece is a nicely worded, thoughtful post in which he addresses much of what he feels is wrong with modern birding. Gavin, likewise, does similar, but with a slightly more personal spin on things (well he did used to be an angler!). I have now just read Jonathan's latest post - his right of reply - and the words "Storm" and "Tea-cup" spring to mind. The freedom of communication that "Blogging" allows is, as Steve rightly points out, for all participants to live out their lives in glass houses. We write our posts, based upon experiences and opinions that are moulded by our own unique lives. It cannot be too much of a shock to an individual, of even modest education, that there will be other inhabitants of our world that don't see things from the same perspective.
Was the trigger for this anonymous outburst a deliberate attempt at insulting an individual (hence the response) or a simple expression of an individual point of view. Either, which way, it matters not a jot; Yes it is nice to be nice but, if Mother Teressa herself had a Blog, you can guarantee that some clown would feel the need to "piss on her party". Individuality, the right to an opinion - the very fabric of what democracy is all about? 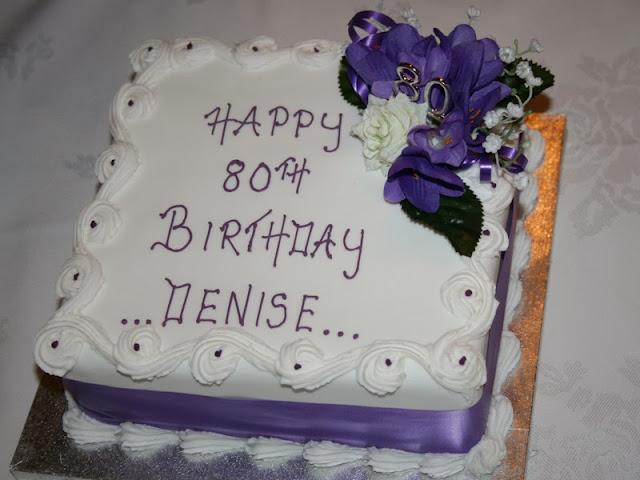 So what have I been up to? This past weekend has been an absolute blast - family and friends gathering at the Pegwell Bay Hotel in order to celebrate Denise's (Bev's mum) 80th Birthday. It was a great success, everyone enjoying the evening which was a very simple gathering for a meal and a few "light ales". Four generations in one place - it doesn't happen often enough in these hectic times. I didn't get out fishing, although Friday and Saturday nights were perfect for the RMC - in my opinion. Last Thursday (14th Nov) I spent a very chilly three hours on the banks of the River Stour - a complete blank! - before attending the Canterbury and Thanet PAC meeting. I couldn't stay too long but was able to enjoy a quick pint and a chat with the guys - good luck with the coming season!
In our little corner of the UK, 20lbs + pike are a very scarce commodity, thus a worthy challenge to seek and, very much more important, to protect! Now whilst I have just been spouting on about the individuals right to an opinion there are times when it might be better if they kept them to themselves? Steve says something about a wider appreciation of the Natural World - I'd go one step further - a wider appreciation of our World! Age = experience; the very reason why the greatest minds are those of the older generations - that idiot Tony Blurrrrrr being a prime example of youthful exuberance - plenty noise - no substance! 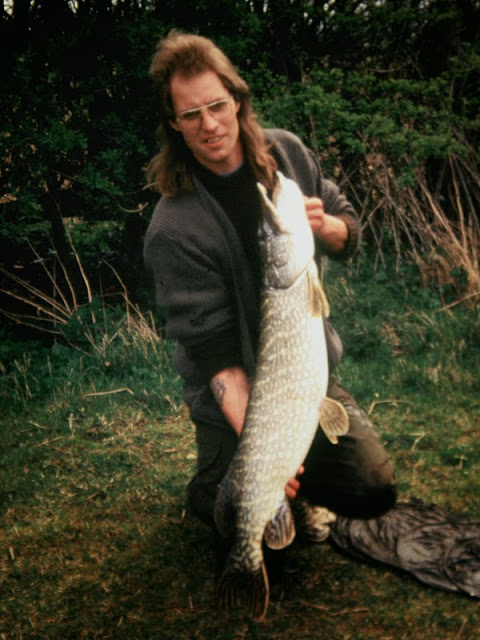 In the Angler's Mail, recently, John Bailey has published an article in which he promotes free-lined live baits under the heading of "Deadly". It was John Roberts who alerted me to this article, now whilst I have the utmost respect for John Bailey, as an angler, (he also takes a mean photo!) I cannot find the words to describe how irresponsible this particular article is. Ever since 1977, the Pike Anglers Club of Great Britain has striven to make pike welfare a priority amongst those anglers who wish to seek these magnificent fish. Bite indication being at the forefront of their efforts. To have a well-respected angler promote a method which does nothing but set back the clock by over a century is crazy. Was it editorial pressure or deadline fever? I will never know - the resultant article is an insult to the PAC and the incredible efforts that they have made. John Bailey - "The Thinking Angler" - I think not and I don't think Colin Dyson would have allowed it to appear during his editorial reign!
There I go again - opinions! It's what makes the world go round?