My blogging, of late, has been non-existent due to a complete lack of enthusiasm. Not too sure if it's a result of not having cast a line, in the past four weeks, or something else? My life is still very enjoyable, there's been plenty to look at in/around the garden and further afield. Just can't be arsed to write about it! What is rather worrying is the fact that many of my fellow bloggers, who orbit the same space in "Blogland", also appear to be suffering a similar lack of output. Maybe the platform has exhausted it's usefulness and it's now time to move on? I'm struggling to attract thirty visitors/day at present - surely the random nature of the internet would yield more attention if the platform had any worth?

Maybe I'm on a downer and there's a return to normal service just around the corner?  The only way I'll ever learn the outcome is to carry on carrying on! A couple of outstanding encounters have taken place in the recent past. First was when a female (type - it was green) Common Crossbill alighted, very briefly, in the top of our garden Buddleia. Long enough to grab the bins, yet off, calling loudly, over the bungalow before I could point the camera. A garden first, although I've recorded quite a few over Newlands during periods of "eruptive movements" which are so characteristic of the species. The other sighting is that of a Dewick's Plusia which turned up in the 125w MV moth trap on Saturday night. 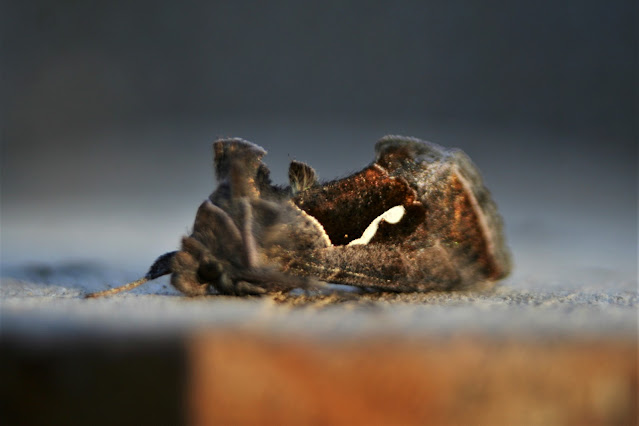 The first hawkmoths of the year have been trapped with both Lime & Eyed turning up on the egg boxes during the past week. My friendly Fox continues to visit the feeding station every night although, having chatted with a few other folk, I'm no longer attempting to encourage it to become hand fed. As much as it'd be great, the welfare of the individual might be compromised if it lost all fear of human contact. Still great to be able to spend time with such a magnificent wild animal whilst stood in my study doorway. 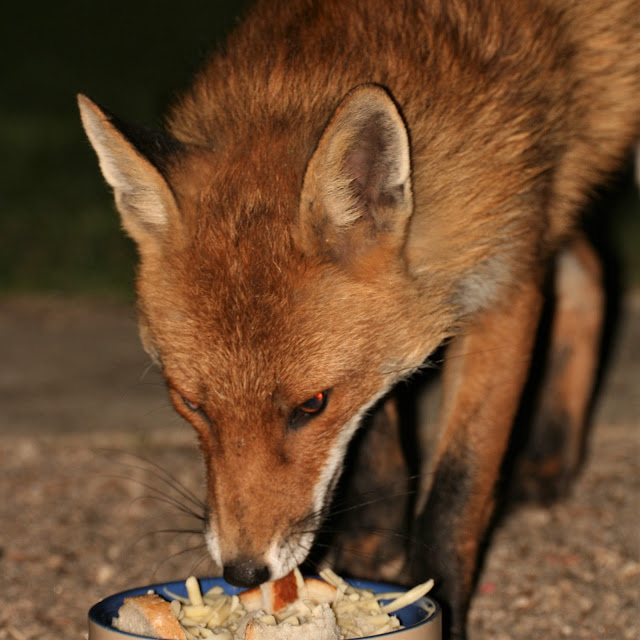