Once upon a time

Just recently my fellow "Tring Syndicate" member, Ric Francis, posted a magnificent account of his (June 1981) "Record Tench that never was" courtesy of Gavin over at the wonderous Not Quite Scilly blog. That forty years have elapsed since the event is mind-blowing; that Ric and I are still in regular contact, via the wonders of cyber space, even more remarkable. Ric's cautionary tale is part of my angling heritage, they were truly halcyon times at this iconic complex of reservoirs. Although five years my junior, Ric was a far more talented "big fish" angler than I during these times. Micro attention to detail was his forte, oh yeah, and driving a flash Ford Fiesta XR2. He would go on to re-write the Roach fishing, how to do it, over on Startops End Res, culminating with a specimen in excess of three pounds -  an incredible fish even today. Me? Well I became obsessed with the whole "big fish scene" and, along with my band of merry mis-fits, chased around the circuit attempting to put a decent statistic against whatever species we were targeting at the time. Tring Reservoirs, however, had me in their grip and it was never too long before the allure of another Wilstone tench, or pike, would see me back at this group of concrete sided bowls. 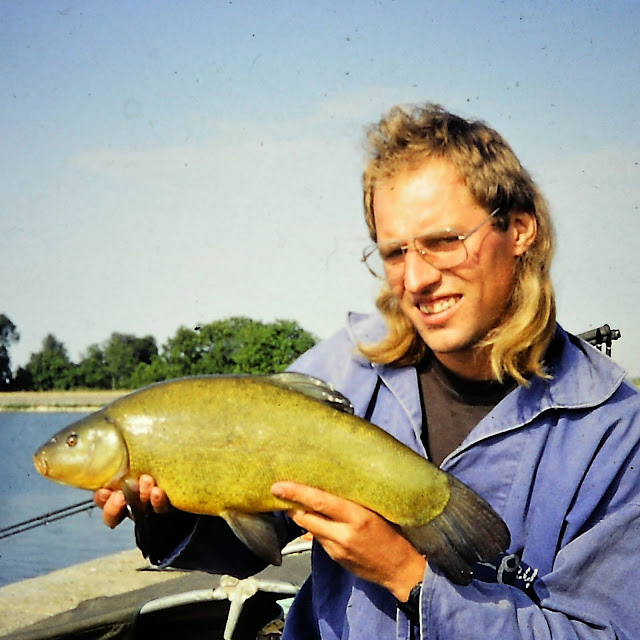 There can be no getting away from the fact that we were present during an exceptional period in big fish anglings evolution and it is highly unlikely that coming generations will ever experience the like again? I think what is most important to emphasise is the fact that all species were of equal merit. If you fished for bream, then good on you. There was certainly none of the relegation of species to "nuisance status" that modern carp angling has created. Going back to Ric's original account of his tench capture, the bream which preceded it was no less welcome. He was on the bank to catch fish, under no circumstances can any angler put a label on a bait stating the intended species. When the indicator signals a bite, half the joy must be because of the unknown factor. What have I hooked? Okay, I admit that an eel savaging a carefully presented pike bait isn't the most welcome experience yet, it's not the fault of the eel, nor the angler, just the very essence of our hobby.

It is because of my angling roots being so firmly embedded in this multi species appeal that I've developed an avid belief in "talent over time". Of course I've spent more than my fair share of long, lonely, hours within the confines of a bivvy, or a "Brolly-camp" as they were originally called. The banks of Tring Reservoirs, during the 1980's, were to see the advent of the greatest exponent of time banditry ever to have lived. The late, and unequalled great, Alan Wilson plied his trade, thinking nothing of spending six weeks in a swim, safe in the knowledge that the fish he desired would turn up at some stage in the cycle. He was the original winner of The Drennan Cup and what he didn't catch during this period isn't worth worrying about. An absolute gentleman, always quick with a fresh cuppa whenever I wandered along for a chat, he was the very first to admit that, as an angler, he was nothing more than competent. He used the "bait & wait" tactic, watercraft had very little to do with his outstanding results. With this as the background, therefore, I find it quite strange that it was Alan who pointed me in the direction of using mobile tactics to maximise my chances during the limited time I had available. Chalk and cheese? By the mid-80's I was catching tench from Wilstone for fun. I could turn up at daybreak, locate some fish activity, spend four/five hours and be at work for a late-shift with a bite, or two, for my efforts. I was living the dream during these superb times. If I was on earlies, then I'd pick Benno up from school and, weather permitting, head off to the Leighton Buzzard AC fishery at Claydon, for a spot of catfishing. He'd caught two "twenties" before he was seven years old from this muddy puddle at a time when there were probably less than twenty, known, catfish in excess of this weight in the whole of the UK! Eight of them, however, were in Claydon middle lake! 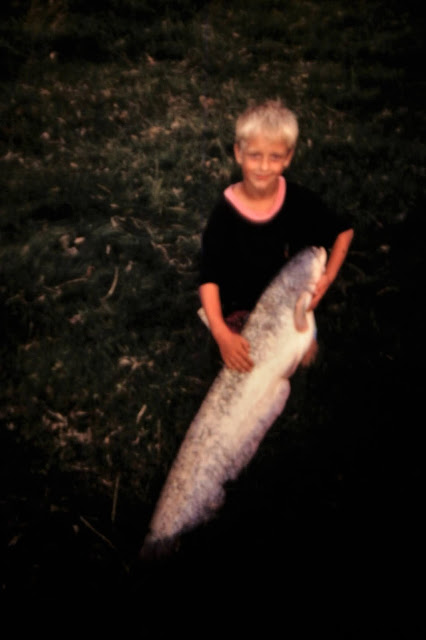 My overriding memories of this period are of the sheer enjoyment derived from my time on the bank and the camaraderie between the anglers with whom I mixed. I'm sure that, even back then, there were plenty of "tackle tarts". Lester Strudwick, again sadly departed, certainly springs to mind but, in general, brand names meant little compared to ensuring bait presentation and placement was the best you knew how to achieve. The rods and reels which I used then are still perfectly serviceable, thus never been replaced. The heaviest test curve I've ever owned is 2.75 lbs; a one off Bruce & Walker HMC 13' fast taper affair, specially built for me by Ian Crawley, of Leslie's of Luton (St. Alban's branch) for one of the early trips to Loch Awe. My general all-rounders are three Duncan Kay 11' "carp rods" with a test curve of 1 lb 10 oz. With a beautiful through action, reminiscent of the split cane Mk IV's, these rods have been responsible for the bulk of my captures over the years. Never once, in all this time, have I felt under gunned due to a lack of backbone. Whilst it is true that the vast majority of my angling is undertaken on modest venues with the ability to hit the horizon, using a 6 oz lead completely off my radar, the enjoyment I get from doing things my own way will never be diminished. It seems crazy that, despite nearly sixty years having passed since I first picked up a fishing rod, I still get that adrenaline rush whenever I'm fortunate enough to hook a decent fish. The day this stops it will be time to pack it in so, here's hoping, long may it continue!