With the 149th "Open" Golf Championship taking place at Royal St. George's GC, Sandwich, this past week, traveling on and off Thanet has been a bit chaotic with all the restrictions in place to ensure the golfing fraternity have easy access to their premier showpiece. As I'm writing - Collin Morikawa has just won the Claret Jug and I can but imagine the euphoria that accompanies his sporting achievement - fair play! So why has it taken me this long to produce a post?

Well, if I'm brutally honest, I've been lazy. Simply can't be arsed but, not because I've nothing to blog about, just the crazy heat has left me absolutely drained. Plenty opportunities have presented themselves enabling me to observe some nice stuff from the confines of the garden, whilst Bev and I topped up the tan just in case Kefalonia becomes a  possibility later in the year? Then, whilst Collin clapped hold of "The Claret Jug" Bev was notified of her winning "Flea-bay" bid and a, pink, recon, dressing table needed to be collected from Cockfosters - whoopee f*cking doo!!! 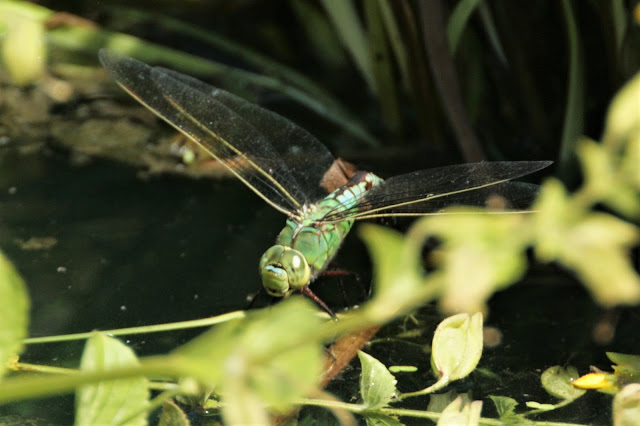 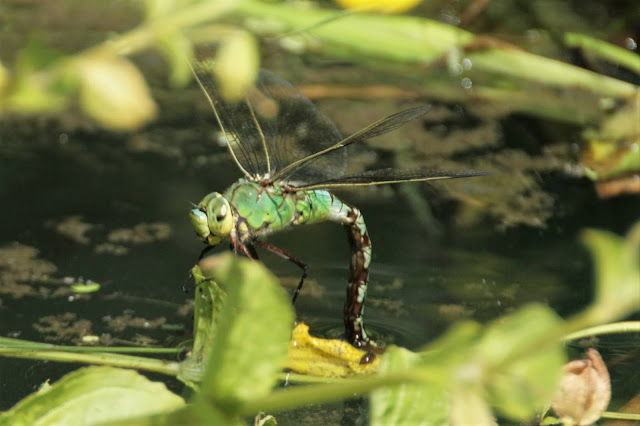 Monday morning, just after 10.00 hrs, we're on our way in the van to pick up this desirable piece of (junk) bedroom furniture. However, there was no way I was driving all that way and not continuing a further twenty minutes to visit my brother Tim and his family. A phone call later and Sye, my youngest brother, was also part of this inpromtu gathering and the "light ale" was flowing before the barbecue got fired up and any plans for driving home were consigned to the back shelf until the following morning (today!) It's bloody great that, now retired, we're able to do this sort of stuff and to put the tin hat on proceedings I caught my first fish since 16th June. I landed three, very small, chub from The River Bulbourne, which flows through Tim's garden, the heaviest no bigger than a couple of pounds but it didn't matter, I'd caught a fish and my new scoring system has registered it's first entry.

Now the sun has set and the moon is clearly visible in the southern skies, I decided to have a play around with a 600 mm lens that my nephew, Josh, gave me. It wasn't suited to his Youtube stuff, not that I've ever seen it. The results are very pleasing and, with a little practice, can only get better?