Quite what I expect to be "normal" is a little skewed at this present time. Bev's parents, well their health and welfare, are dominating our lives and everything else needs to fit in around this scenario. It can be, therefore, no great surprise that my angling exploits and associated enjoyment of the natural world have taken, very much, the back seat. Last Monday I had my first day off work (sick) in over twelve years; man I was well dodgy having contacted the Norovirus bug from the grandchildren. All over within 48 hrs, I was left feeling very weak and, after some negotiation with my supervisors, spent the next three days on a manual packing bay - easy life compared to the rigours of manufacturing!
That same Monday also proved to be memorable for a very different reason; I was elected onto the committee of Wantsum AA. An absolute honour to be invited to contribute to the future success of this marvellous, friendly angling club. I hope I'm up to the task and able to be a positive influence as the club strives to embrace the challenges of the modern era? There will be more about these duties as I find my feet and get up to speed with the role. Our club secretary, Rob Tuck-Brown, is a very ambitious individual and I'm happy to support whatever measures he sees fit to move the club forward.
Twice, over the passed couple of weeks, I've taken Harry (the source of my illness) over to Marshside for a short, after school, session. We've caught a few fish for our troubles, mainly skimmers and small carp, but a tench did provide a bit of excitement and variety. Although I have managed to land another nine perch, including two more two's, I feel that my current pursuit of a three pounder will have to go on hold for the time being - there is a split cane thirty that needs to resume priority status. Will 2019 be the year when I achieve this dream? All I know is that should I fail it won't be due to lack of effort; the challenge remains central to everything I hold dear and will be until such a time as I succeed. If nothing else, I might not be the most gifted angler but, I am bloody stubborn when chasing my goals.
I can't even begin to calculate how many hours have been spent glued to Youtube in the hope of discovering an edge which might deliver my prize. All I require is that spark; the inspiration which will allow me to put my own spin on an idea, or concept, ultimately leading to the capture of my dream. Carp fishing in cyber space is a massive source of entertainment and information, yet not necessarily in equal measure. There's an awful lot of egotistical "look at me" to be trawled through before that nugget of information is stumbled upon, and sometimes in the most unexpected of places.  Happily I feel that I've discovered a couple of tweaks which might just assist my cause this year. With daylight getting ever longer and temperatures on the rise, there has to be a reasonable chance that some of the pieces of this puzzle will align and I see a positive return for all this research?
There is no discussion to be had about the role that birding has played in my journey to now, it has been a fundamental part of my life. My decision to return to angling can't, in any way, diminish what bird watching has contributed to my enjoyment of being outdoors. Fins, feathers and fur - might make a decent title for a book? 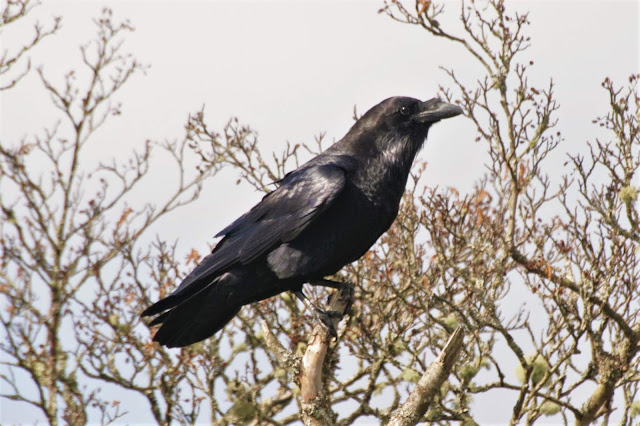 If I'm at home, I don't think a single day passes without me checking the bird news posted on The Kent OS website. I do so in order to have a grasp of what might be happening wherever I am headed and not, White-billed Diver excepted, as a precursor to me jumping in the van and going twitching! Something I find rather amusing is the current status of species within the county. Great White Egret and Raven, I see them every year whilst out fishing, are still regarded as rarities, whilst Willow Tit, don't remember how long ago I saw my last Kent one (Denge Woods in the late 90's, I would guess) isn't? Within the county there are more pairs of Ravens than Lesser Spotted Woodpeckers, time to realign the goal posts one would think? Not that any of this makes the slightest difference to me, so none of my business I guess - just an observation by an outsider looking in.

Birding in 2019, for me, is just a facet, an enhancement, of a wider appreciation of time spent outdoors. I now see what I see in spite of where I am, not because. Decisions about where I go are no longer influenced by the chances of seeing rare/scarce birds instead the desire to be in with a shout of a decent fish dictate my choice of locations. I suppose the beauty of the situation is that the environments capable of supporting large fish are also home to a wealth of other wildlife, including birds and binoculars are as much part of my kit as rods and reels! Looked at like this I'm in a win, win situation.
The only occasions when birding assumes priority is when Bev and I are on our holidays. Angling is totally UK based, birding has no such limitations and the thrills of watching species which are considered "rare", that can be observed with relative ease, in decent numbers, by simply jumping on an aeroplane for a couple of hours is a great way of keeping my interest alive. Notes, descriptions, rarity forms and record submissions - means nothing to me. Enjoyment has to be the key. Watching birds, catching fish, or whatever other manifestation my wildlife encounters entail, it must be fun; not a chore!