If I hadn't dipped yesterday, then I am sure I wouldn't have gone to Margate Harbour this morning? The KOS website had a report (Jim Bloor - I'm very grateful) announcing the presence of the White-billed Diver at said site, just twenty minutes before I'd logged on. It wasn't a difficult decision and I was on my way within a few minutes. I parked near the surgery building at Cliftonville, opting to walk the seawall into Margate, hoping to bump into a few year ticks as I went. 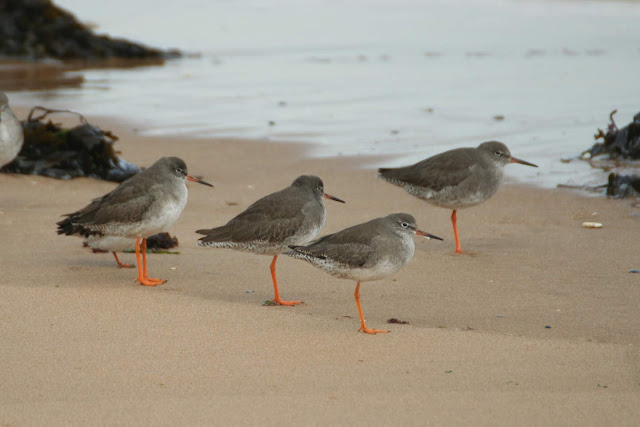 A nice walk, but rather uneventful, bird wise. Odd groups of waders included Sanderling, Ringed Plover, Turnstone, Common Redshank and four Purple Sandpipers. Rock Pipits were present in good numbers yet the hoped for Black Redstart failed to appear. I reached the harbour in good time and after a few minutes scanning, discovered my target miles out in the bay, towards Westgate. My views from the beach were just about tickable, largely due to the sun highlighting the banana beak of this impressive Arctic visitor. I then made the decision to walk to the end of the harbour wall, it seemingly a little closer to the bird's position, although the angle of the sun wasn't particularly favourable. It turned out to be a masterstroke and luck was truly on my side. The bird was making its' way steadily towards my position and swam passed me into the main bay of the harbour proper. I thought about wandering back, to get a better angle, but the bird had other ideas and proceeded to swim past the end of the harbour wall, coming within 30, or so, metres of where I was sitting. Get in! Absolutely stunning views of this wonderful bird, all to myself. Camera in overdrive, I managed a few images which convey the quality of the encounter - a "lifer" in the bag! 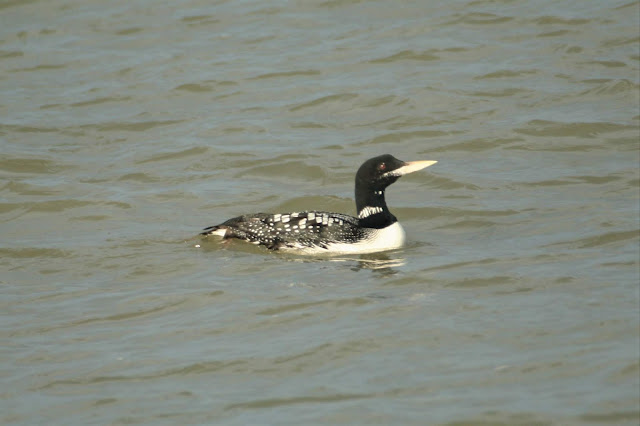 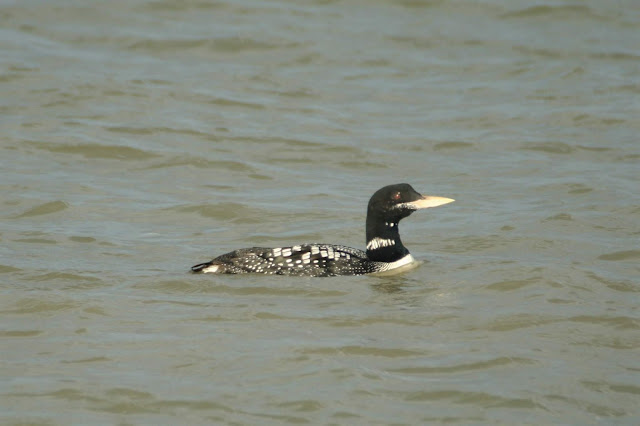 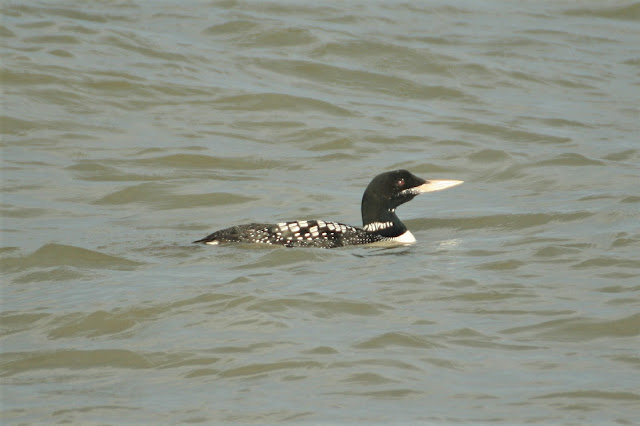