If there's one thing us Brits do well then it's a bit of pomp and circumstance. Yesterday evening the Royal British Legion held their annual remembrance service, in the presence of Her Majesty Queen Elizabeth II, Charles, Camilla, William, Kate, Harry and Megan, plus many other dignitaries and political figures. All assembled under the same roof to commemorate the signing of the armistice that ended the Great War and offer thanks and respect to those brave service and civilian personnel who have paid the ultimate sacrifice which allows the rest of us to live in the freedom we take for granted. 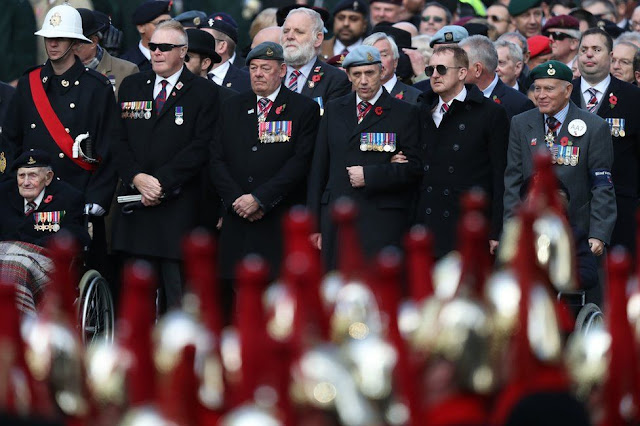 Last Sunday, Camo and I were in the shop, drinking coffee and chatting when a, medal clad, Gurkha walked in and, incredibly politely, asked if he could swap a tenner for some change for the parking meter? It turned out that he, and a friend (who had even more medals) were assisting the cause by selling poppies in Ramsgate High Street. Both of us chucked a few bob in the collecting tin and Camo asked if they would pose for a photo; which they happily did - as you can see. 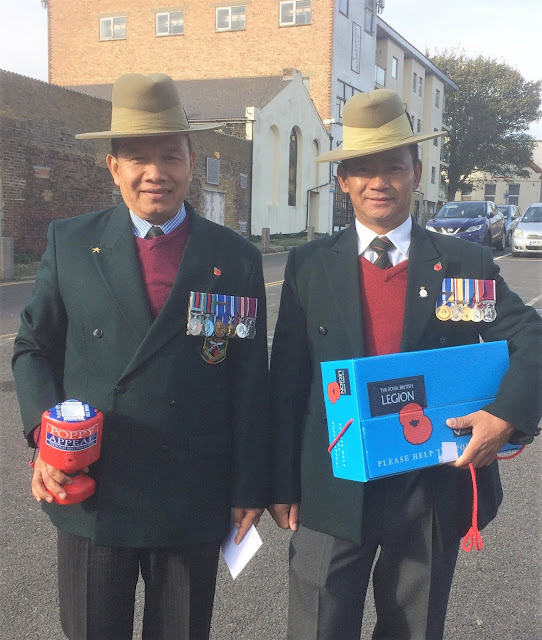 With my family's military links, and understanding the role that many other nations military service personnel have played in securing our freedoms, I find it unbelievable that our political leaders can't set aside their differences and concentrate on securing the best deal for the UK in our Brexit negotiations. If so many have been prepared to make the ultimate sacrifice, surely these, self-serving, political muppets, could see their way clear to deliver on the wishes of the people and get on with making Britain great again? A land fit for heroes wouldn't be a bad thing for a start. At Eleven o'clock this morning, the nation spent two minutes in silent contemplation. Symbolic gesture or a realistic period of reflecting on the efforts of those who are now no longer with us because they thought our way of life worthy of fighting for. If they had known how elitist, unfair and utterly shambolic our political system would become, I wonder if they would have been so keen to defend it?
Posted by Dylan Wrathall at 13:33