I discovered a very strange-looking insect on some courgette plants that Elaini was growing at Saoulas. Initial attempts at an ID suggested an Assassin Bug nymph? Now I'm back home, with full internet access,  Leafhopper Assassin Bug (Zelus renardii) seems to be a very good candidate - an American species which is known to have been (accidentally) introduced into Spain and Greece (not too sure if that includes Kefalonia?); with the first Italian record being confirmed in July 2018! 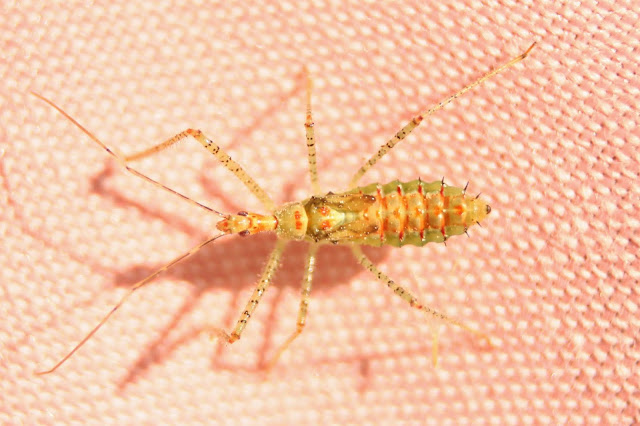 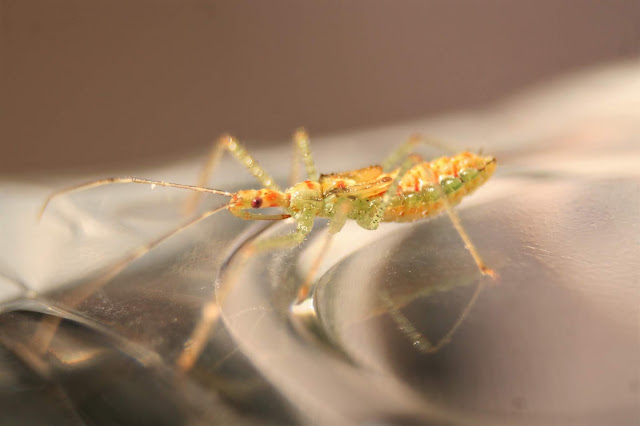 It's very possible that I'm miles off the mark and the id completely wrong, but it still meant that I looked at something which is way outside my comfort zone - and for that I'm grateful. If ever I stop looking or fail to be amazed by the creatures I encounter, then it's time to chuck in the towel and quit!
Posted by Dylan Wrathall at 00:10