It has been quite an eventful week, here in the darkest depths of our Dumpton abode. The bungalow refurb is gathering pace and there's definitely "light at the end of the tunnel". Finished before September? I/we can but hope. My new study is up, the plasterer is in on Monday to do his thing and, with luck plus a following wind, I might be in there by Bank Holiday weekend?
On Wednesday, around mid-day, I received a phone call from Tom Lane, he'd just taken his first twenty from the East Kent drains and was absolutely buzzing. He tried to make sense, but adrenaline had turned him into a gibbering wreck; I was absolutely thrilled for him. Every single fish is a battle won and much deserved. 22 lbs 9 oz - of wild common carp, they don't get much better!

It didn't end there, however, as I accidentally stumbled across a website Fred Crouch Reels and I found myself engaged in an e-mail exchange with a guy called Paul Whiteing. The outcome of our correspondence is that I might just be able to get my Match Aerial (Fred Crouch copy) a complete service and some, much needed, TLC. It turns out that Paul, and a friend Roger Keys, still produce these iconic reels, although not as a business, just a hobby. Paul is an admin member of BFW (Barbel Fishing World) and has posted loads of articles on this website. I found myself reading one of his offerings about why go (barbel) fishing with a centrepin. I found myself in total agreeance with all he had to say on this subject, although I had to remove myself from this single species perspective. Fred Crouch had introduced me to the joys of using these reels, way back in the early/mid 1980's and yes, at that time, barbel were the catalyst. 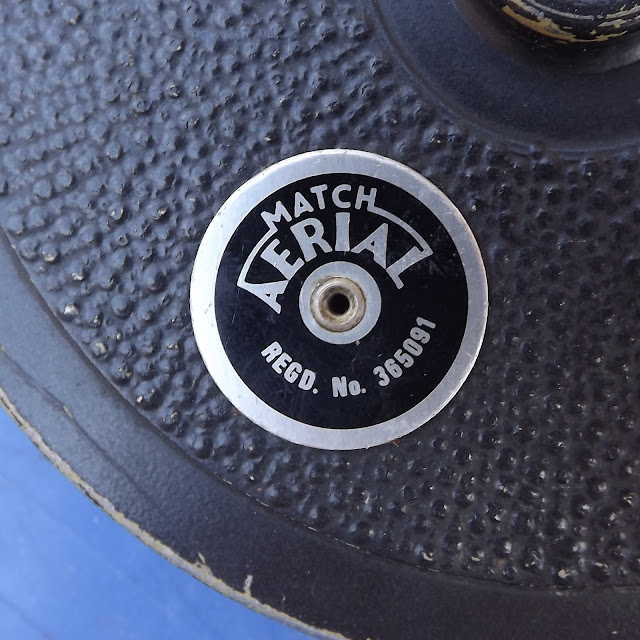 With my return to the hobby, I find that much has changed in what I expect from my time on the bank. I'd be a complete fraud if I ever suggested that "big" fish weren't my target, although pounds and ounces aren't everything involved in this complex equation at this juncture. Enjoyment is now the number one factor in all my angling projects and this manifests itself in many guises. Centrepins are, to me, a key part of my search for that spark. They allow direct contact with your quarry, a rod comes alive without requirement of gears and drag mechanisms. You're on one to one terms with the hooked fish, your rod, line, hook and reel reliant on the pressure of your thumb to keep a tight line and the reel in check. It's up close and personal, the very essence of the man v's fish challenge. My use of centre-pins is, therefore, not a fashion statement, just a quest for fulfillment in the enjoyment stakes. The Match Aerial is an iconic part of angling history, and my own reel has even more going for it as I actually went round to Fred's, Enfield home, to purchase it - all £25 worth!

Thirty- odd years on and the old girl is looking a little jaded so, hopefully Paul & Roger will be able to give it a makeover and extend her usable life?  I have taken many decent fish using this reel, my River Thames PB (equalling) 9 lbs 2 oz barbel in September 1985 is probably the finest capture of that period, an 11 lbs 4 oz from The Kentish Stour being the heaviest and sternest test in 2014.
I still hanker after a "twenty" (carp) off the top, using a pin. If/when the Match Aerial gets sorted, then I've already got another project to pursue.

Please don't get the impression that my use of old reels is the only way I can have fun. I also own three modern Chinese centrepins, which have accounted for many of my recent captures. Matt Hayes Limited Edition models, marketed by Dragoncarp, have been a mainstay of my pike angling since I purchased my first in 2013. I own three, numbers 54,55 & 56. They do exactly what it says on the tin! They have accounted for many decent fish, amongst which are the two "thirteens" from the Stour and my Scottish 24 lbs 10 oz pike. It's without question that they lack historic significance, tactile grace and the build quality of the Match Aerial, but they still have plenty to offer when enjoyment is the overriding factor. I readily accept that casting 150m plus is way beyond the scope of a centrepin, well use a bait boat, as we do at Loch Awe, and Bob's your uncle; anything is possible. However, my angling roots and, the present challenge have me creeping around very intimate venues, attempting to outwit my quarry at very close quarters. Under these circumstances, casting is of no importance and even the most basic of centrepin techniques will see my baits positioned where I want them. It's not about the cast, it's the battle with a hooked fish which ensures I get the maximum adrenaline fix each time it occurs. A split cane rod and a centrepin becomes a part of the angler, such is the ability of this combination to transmit the feel of the fishes actions as it lunges beneath the surface. I'm in no doubt that many modern day fishers will pour scorn on these whimsicle notions, but each to their own and I shall continue in my quest for enjoyment unswayed by modern thinking and associated high tech tackle.
I will finish this offering with a little up-date. I'm getting closer to that carp. I have been within touching distance of a huge common and have got two spots on the go. I will get a proper post sorted out when the time comes. In the mean while, here's a little scamp that sneaked into my swim yesterday evening and spooked the shoal as it battled in the tiny drain. A beaver ploughing through the swim, some ten minutes later saw me pack up early and head for home, my head awash with ideas and plans. 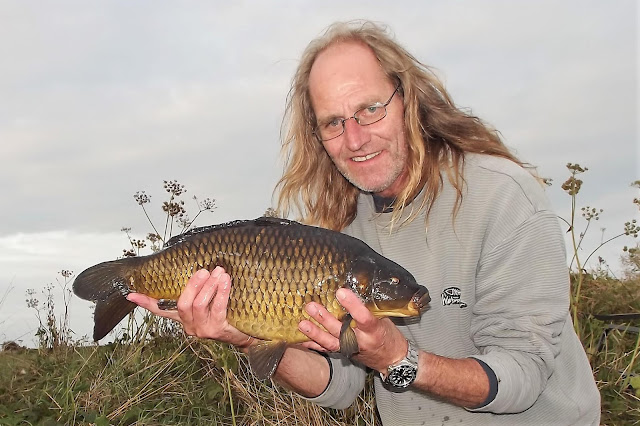