Off to a steady start

New Year's morning and I was on my way shortly after 05.00 hrs, headed for the same drain as I fished on Christmas Eve. I'd already chosen my swim, whilst still in the car, due to previous sessions and knowing the underwater topography rather intimately. I'd spent quite some time, in early summer, mapping the depths of this particular drain, as it also holds a decent head of carp and this area looked particularly "carpy" due to some nice depth changes close to the far bank. In these murky water conditions, I felt that the same features might harbour a pike, or two? As it turned out, I managed to tempt a couple of fish to pick up my heavily flavoured mackerel tail, which was popped-up a few inches off the bottom. The first bite resulted in a nice, tail walking, pike ending up on the bank; shame it was the same individual that I'd caught on the previous visit, although 4 oz heavier this time. The second chance came to zilch when the fish threw the hooks just as I started to put a bit of pressure on it. 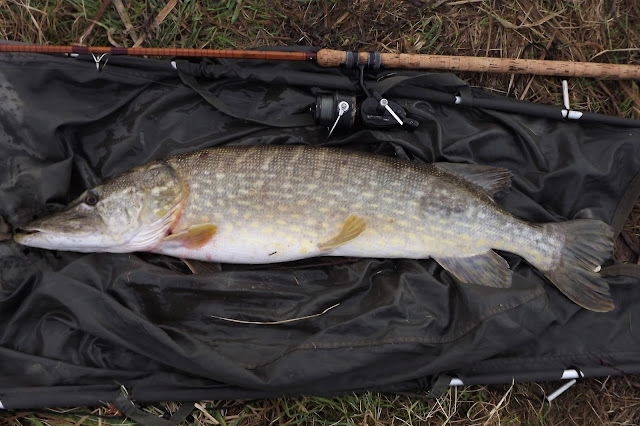 Birds were very much as I expected and totaled 43 species by the time I packed up; a nice start with an imm/female Merlin being the pick of the bunch. Notable absentees included Kingfisher and Redwing. Just three more species have been added since. House Sparrow, Rose-ringed Parakeet and Great Tit - all from the kitchen door!