I have just received an e-mail from Mark Newell with the details of the bird (Green/white LCJ) I'd discovered, and photographed, in Ramsgate Harbour on 6th January. 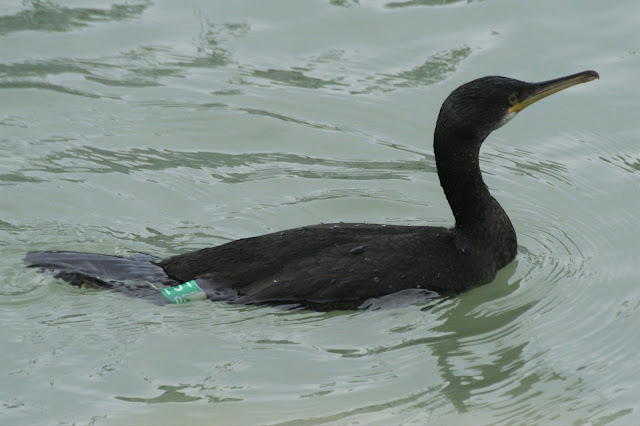 I always enjoy this type of correspondence as I feel that I've done something useful? The teams of ringers have done their bit and I'm now part of the story of this bird by reporting my sighting. Mark added further information about the dispersal of Shags from this project with this additional news.

Perhaps coincidentally we have received a number of reports of colour ringed shags to the south of their normal wintering area with a bird inland in Cambridgeshire and two birds in the Netherlands.  All have been first winter birds which does fit the general pattern.

Amazing what can be learned by the simple task of reporting c-r birds to their project coordinators. EURING provides the database for all European ringing schemes and, as such, is an invaluable resource.

I'm off perch fishing now, so it might just be a two post day?
Posted by Dylan Wrathall at 13:08