Just for a change of scenery, I took a drive down to the Royal Military Canal, and enjoyed a very pleasant Sunday morning pike fishing near Aldergate Lane. It's a nice section of the canal, with a magnificent backdrop of the Port Lympne Wildlife Park which occupies the south facing slopes of the Kent Downs overlooking Romney Marsh. Can't be many fisheries where the dawn chorus includes the roar of African Lions; even in winter! The weather was kind, the forecast rain failing to materialise and, instead, periodic sunshine with a brisk NE wind prevailing. I landed a couple of fish, for my troubles, the better one weighing in at eight and a half pounds and in lovely condition. 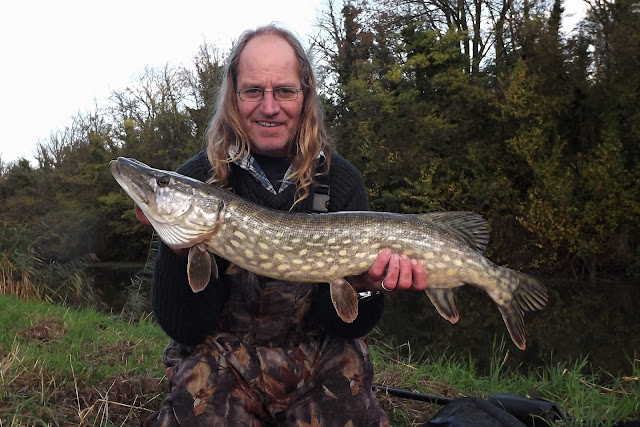 As is very much the norm, on the canal, I experienced a couple of false alarms caused by eels taking a fancy to the sardines I was using. Both times I reeled in the baits to discover them savaged around the soft tissue of the stomach, the two pike falling to Bluey and Mackerel sections. It was nice to sit beside the water and spend time watching the birds that shared the habitat. Yellowhammers are very conspicuous around the hedgerows here, much to my delight. Sadly they are now a very scarce species around the East Kent marshes, so any sighting is very welcome. A pair of Great Spotted Woodpeckers kept me entertained as the chased around the canopy of the wooded bank opposite my position. Common Buzzard, Siskin, Grey Wagtail, Kingfisher, Golden Plover, Chiffchaff and a cracking adult winter Mediterranean Gull all made appearances, thus becoming entries in the diary, providing plenty of interest whilst I awaited the bite alarms to sound. 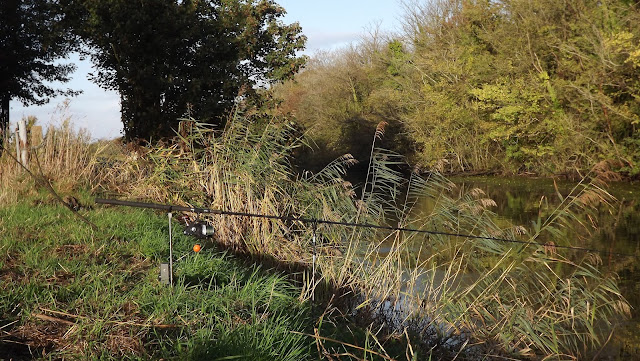 I thoroughly enjoyed the session, but now need to get back to the drains to continue my quest for a clear water perch. Pike season doesn't really start for me until the first sustained period of frosts has occurred and I'll hopefully have my stripey target in the bag before such conditions enter the equation. The canal becomes a far less hospitable environment once the cold weather sets in, all pike are hard earned, but the rewards are certainly there to be had by anyone prepared to put in the graft.