Newland's update and other stuff

I've been very lax, since returning from Scotland, and - if I'm honest my heart hasn't been in it! - so the "blogging" has suffered. It's not that I haven't been out; just I've been unable to summons the enthusiasm to actually sit at the keyboard and put anything, worthy, together. Now, a week later, I find that I've masses of stuff to report, although nothing of major importance away from my patch.

Summer migrants remain scarce, although three male Common Whitethroats are holding territory, a pair (?) of Swallows are back at the farm (there were none in 2013) and, at least, two male Yellow Wagtails are proclaiming their presence from the potato fields, yet I fear this will end in failure as harvesting will be very soon - it's the Kent new potato crop; big bucks if harvested early - something which requires a huge manual effort to ensure the bulk of the yield is collected and sent to market. A Yellow Wagtail nest will stand no chance in the face of such an onslaught.


The majority of my other sightings have been of un-id'd invertebrates. I'm finding myself drawn, ever deeper,  into this world of intrigue and absurdity - my camera skills being found wanting as I seek to get closer (more detail) to the creatures that I encounter. There is a chance that I'm already at the limits of my ancient equipment; but somehow I can't buy that and it is operator error responsible for the failings.


The garden feeding station remains the central attraction for the local bird population; two broods of Great Tits and a single family of Blue Tits are regular visitors to the sunflower heart dispenser. Starlings and House Sparrows have been spectacularly successful, locally, which is something worthy of note. Blackbirds are numerous; Song Thrushes a memory - no singing males in the dawn chorus of West Dumpton. 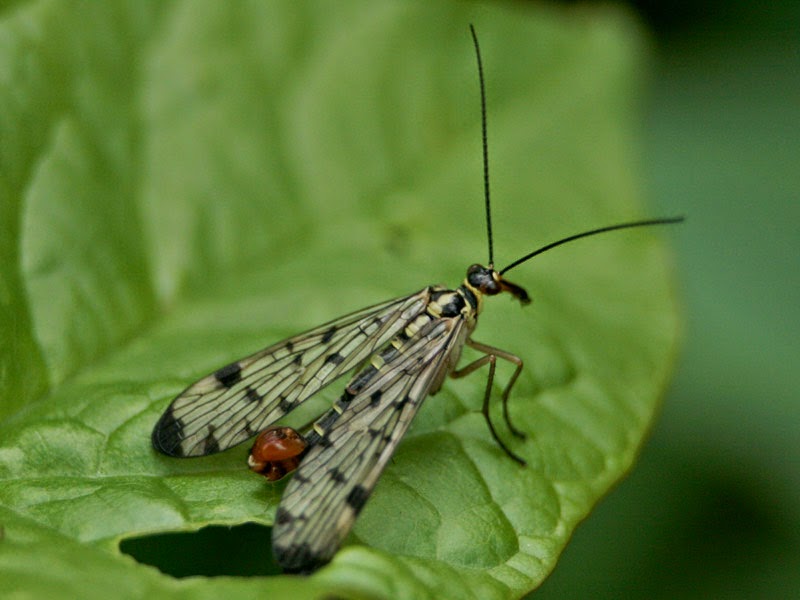 I can bemoan the losses, no Grey Partridge or Skylark, or I can enjoy the discovery of new wildlife avenues, as my searching reveals completely unexplored groups of creatures?

My camera gear accompanies me of the vast majority of my wanderings and has been responsible for my discovery of many new families/groups of invertebrates. Fast approaching sixty and still as silly as a child; excited by turning a rock or log to view what might be present underneath. That'll do for me - if I ever get too serious then Emily will soon put me straight, she being able to provide the wonderment that this cynical old git might just overlook, once in a while!